Venice Is a Fish 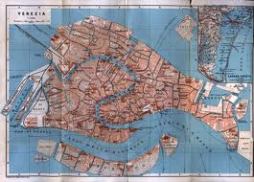 Venice is a city that completely took me by surprise. I had not expected to be so utterly charmed and swept off my feet. I like to think of myself as an non-touristy person, but in Venice I did not care about the crowds. I knew I was in a different dimension. It is a city unlike any other as it looks like a twelfth-house city and not something concrete and tangible. I suffered badly from Stendhal’s syndrome, there was just too much beauty to take in. Every single nook and cranny was hiding some wonders. I was inspired and invigorated. Such is the power of archetypes and Venice is their realm.

This is definitely a city I would move to in an instant if there was a chance. Who would not like to live in a dream? I understand the Russian poet Brodsky, who would spend every winter in Venice and is buried there. Lucky guy.

Marco Polo, who was born there, is the main character in the novel Invisible Cities by Italo Calvino. He speaks of all the cities he has seen during his travels but in fact all of his tales are about Venice, the city of cities, a template for all of them.

“There is still one of which you never speak.’

Marco smiled. ‘What else do you believe I have been talking to you about?’

The emperor did not turn a hair. ‘And yet I have never heard you mention that name.’

And Polo said: ‘Every time I describe a city I am saying something about Venice.”

What utterly blew my mind was the shape of Venice. When seen from above (I could see it from the plane) it looks like a giant fish. Sometimes archetypes do hit us on the head with a hammer, don’t they? Nothing subtle about the symbolic significance of that, is there?

All objects in Venice – doors, windows, pavements, canals, passages, churches, etc., look like beauty templates, not like real objects but like some otherworldly requisites. Doors like this must lead to mystery, mustn’t they? I have always been fascinated by old and ancient architecture and for me Venice was a feast. My imagination was stirred constantly, I caught myself daydreaming and dazed. 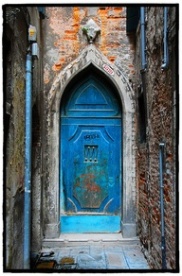 I think a fairy tale city like this is much better described by mythical language or poems. Forget about dates and facts. In Venice is a Fish, a book by Tiziano Scarpa, he speaks dreamily of Venice, as a city which is immortal and eternal. Venice was not born, she has existed since the beginning of time, sailing through the seas until she got tired and rested in Italy. I know it is the truth. I feel Venice is the soul of the world and if she sinks we will all go down with her. 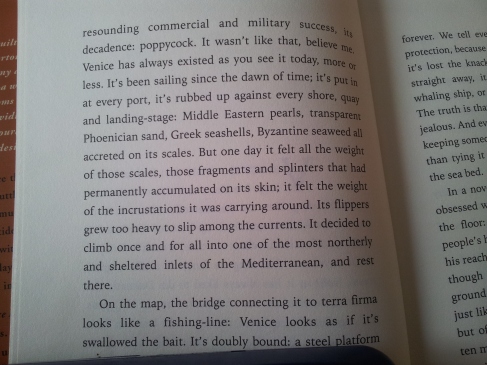 4 Responses to Venice Is a Fish