Clarissa Pinkola Estés on the Animus as a Merchant of Soul

“By classical Jungian definition, animus is the soul-force in women, and is considered masculine. However, many women psychoanalysts, including myself, have, through personal observation, come to refute the classical view and to assert instead that the revivifying source in women is not masculine and alien to her, but feminine and familiar.

Nevertheless, I believe the masculine concept of animus has great relevance. There is tremendous correlation between women who are afraid to create—afraid to manifest their ideas in the world, or else are doing so in some manner that is disrespectful or haphazard—and their dreams may present many images of injured or injuring men. Conversely, the dreams of women strong in outer manifesting ability often feature a strong male figure who consistently appears in various guises.

Animus can best be understood as a force that assists women in acting in their own behalf in the outer world. Animus helps a woman put forth her specific and feminine inner thoughts and feelings in concrete ways—emotionally, sexually, financially, creatively, and otherwise—rather than in a construct that patterns itself after a culturally imposed standard of masculine development in any given culture.

The male figures in women’s dreams seem to indicate that animus is not the soul of a woman, but ‘of, from, and for’ the soul of a woman. In its balanced and non-perverted form, animus is an essential ‘bridging man.’ This figure often has wondrous capabilities that cause him to rise to the work as bringer and bridger. He is like a merchant of soul. He imports and exports knowledge and products. He chooses the best of what is offered, arranges the best price, supervises the integrity of the exchanges, follows up, follows through.

Another way to understand this is to think of Wild Woman, the soul-Self, as the artist and the animus as the arm of the artist. Wild Woman is the driver, the animus hustles up the vehicle. She makes the song, he scores it. She imagines, he offers advice. Without him the play is created in one’s imagination, but never written down and never performed. Without him the stage may be filled to bursting, but the curtains never part and the marquee remains dark.

If we were to translate the healthy animus into Spanish metaphor, he would be el agrimensor, the surveyor, who knows the lay of the land and with his compass and his thread measures the distance between two points. He defines the edges and establishes boundaries. Also call him el jugador, the gamesman, the one who studies and knows how to and where to place the marker to gain or to win. These are some of the most important aspects of a robust animus.

So the animus travels the road between two territories and sometimes three: underworld, inner world, and outer world. All a woman’s feelings and ideas are bundled up and carted across those spans – in every direction – by the animus, who has a feeling for all worlds. He brings ideas from “out there” back into her, and he carries ideas from her soul-Self across the bridge to fruition and ‘to market.’ Without the builder and maintainer of this land bridge, a woman’s inner life cannot be manifested with intent in the outer world.

You needn’t call him animus, call him by what words or images you like. But also understand that there is currently within women’s culture a suspicion of the masculine, for some a fear of ‘needing the masculine,’ for others, a painful recovery from being crushed by it in some way. Generally this wariness comes from the barely- beginning-to-be-healed traumas from family and culture during times previous, times when women were treated as serfs, not selves. It is still fresh in Wild Woman’s memory that there was a time when gifted women were tossed away as refuse, when a woman could not have an idea unless she secretly embedded and fertilized it in a man who then carried it out into the world under his own name.

So, rather than being the soul-nature of women, animus, or the contra-sexual nature of women, is a profound psychic intelligence with ability to act. It travels back and forth between worlds, between the various nodes of the psyche. This force has the ability to extrovert and to act out the desires of the ego, to carry out the impulses and ideas of the soul, to elicit a woman’s creativity, in manifest and concrete ways.

The key aspect to a positive animus development is actual manifestation of cohesive inner thoughts, impulses, and ideas. Though we speak here of positive animus development, there is also a caveat: An integral animus is developed in full consciousness and with much work of self-examination. If one does not carefully peer into one’s motives and appetites each step of the way, a poorly developed animus results. This deleterious animus can and will senselessly carry out unexamined ego impulses, pumping out various blind ambitions and fulfilling myriad unexamined appetites. Further, animus is an element of women’s psyches that must be exercised, given regular workouts, in order for her and it to be able to act in whole ways. If the useful animus is neglected in a woman’s psychic life, it atrophies, exactly like a muscle that has lain inert too long.

While some women theorize that a warrior-woman nature, the Amazonian nature, the huntress nature, can supplant this ‘masculine-within-the-feminine element,’ there are to my sights many shades and layers of masculine nature, such as a certain kind of intellectual rule making, law giving, boundary setting, that are extremely valuable to women who live in the modem world. These masculine attributes do not arise from women’s instinctual psychic temperament in the same form or tone as those from her feminine nature.

So, living as we do in a world that requires both meditative and outward action, I find it very useful to utilize the concept of a masculine nature or animus in woman. In proper balance animus acts as helper, helpmate, lover, brother, father, king. This does not mean animus is king of the woman’s psyche, as an injured patriarchal point of view might have it. It means there is a kingly aspect existent in the woman’s psyche, a kingly element that when developed attitudinally, acts and mediates in loving service to the wild nature. Archetypally, the king symbolizes a force that is meant to work in a woman’s behalf and for her well-being, governing what she and soul assign to him, ruling over whatever psychic lands are granted to him.”

Clarissa Pinkola Estés, Women Who Run with the Wolves 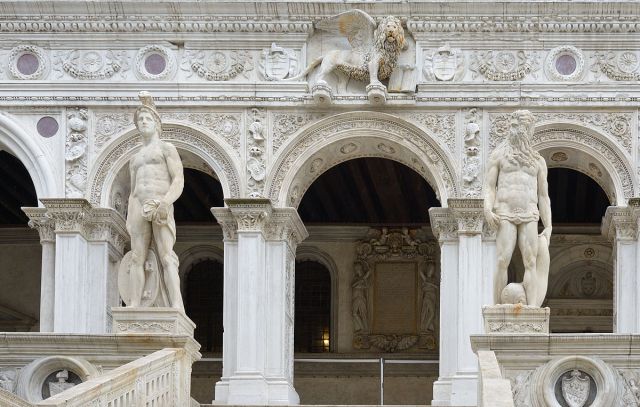