The Lady of the Camellias and Her Myth 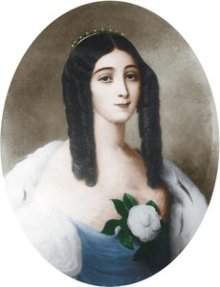 I came across a very interesting article in the last issue of The New York Review of Books dedicated to the most famous French courtesan, Marie Duplessis, otherwise known as The Lady of the Camellias. Dumas wrote a popular novel about her, Verdi composed a famous opera (La Traviata). She captured the imagination of her contemporaries, who mourned her premature death, and the two artists gave her immortality.

In the pecking order of the demimonde of nineteenth-century Paris, the courtesans ranked highest. Merchants of love though they were, they stood apart from the prostitutes who walked the streets… A courtesan never burdened herself with any career other than the one she pursued flat on her back…

From our modern perspective, it is quite easy to share the journalist’s ironic view of the courtesan’s career. I also could not help rolling my eyes when I read about a typical day of Marie Duplessis at the height of her wealth and influence. She would wake up at eleven, drink a cup of hot chocolate and read a little bit. She would spend a few hours deciding what to wear, afterwards she would go shopping or for a carriage ride. She would spend her evenings in the opera, theatre or at parties. Shallow, you may think, but why do these women still hold a fascination in our culture?

The institution of courtesan goes back to ancient Greece. The ancients had temple prostitutes on the one hand, who were vessels of the ecstasy of the goddess. They were free women without any marital bonds, who acted as divine conduits and initiators of men. I am planning a blog post on sacred prostitution some time in the near future, so today I would like to focus solely on the French courtesan. She appears to be more directly related to the ancient Greek institution of the hetaera. The hetaeras were well respected in ancient Greece as educated and refined companions, beautiful and skilled in erotic love. There is a clear connection between the Second Empire France, where courtesans ruled the salons, and ancient Greece with the hetaeras, whose patron goddess was of course Aphrodite. As I see it, neither in Greece nor in France of that time was marriage was a union of love, but it was rather an expression of a stifling patriarchal social order, one chiefly meant to suppress women. The bourgeois wife was expected to be pious, virtuous and respectable. The courtesan was the opposite of all these qualities, and yet she commanded her own brand of respect.

Marie Duplessis (born Alphonsine Rose Plessis) died of tuberculosis at the age of 23. She was mourned by the whole Paris. Her real life story is considerably different from the one portrayed by Dumas or Verdi. She came from a humble background having been born in the French countryside. Her father was brutally abusive to her mother, who fled from him and died shortly after from distress. Marie came to Paris with nothing and managed to find a job in a fashionable boutique. She learnt very fast how to dress fetchingly and surrounded herself with a wide circle of girlfriends. On a night out in a restaurant she managed to seduce its owner, who subsequently bought her an apartment in a good neighbourhood and presented her with a large sum of money. But he was not rich enough for her. She cast her nets wider and soon enough met the rich aristocrat Agenor de Guiche, who taught her how to behave in high society. According to her contemporaries, she oozed exquisite charm, and was described as witty, graceful, tactful, discreet and intelligent.

She was famous for being incredibly expensive. To sustain her lavish lifestyle she had to juggle crowds of male visitors. Her richest lover was a Russian count, Gustav von Stackelberg, aged 80, father of twelve. He set her up in real splendour: a grand apartment with a chambermaid, a cook, a coachman, a valet, and a groom. Her signature was a camellia flower in her black locks – a white one twenty-five days a month and a red one when she was indisposed. Sadly, little is known of her true personality, as she left no letters or memoirs.

In his novel, Dumas portrays her as a heroic woman who sacrificed her love to spare the reputation of her aristocratic lover. She stepped aside to save the young man’s career and reputation. The part of “the hooker with a heart of gold” was coveted by both actresses and operatic divas alike. Greta Garbo is said to have played the role splendidly. Says Anka Muhlstein:

With the stroke of a pen, Dumas rescued the image of the kept woman, turning her into the pitiable victim of bourgeois selfishness. … Alexandre read the novel to a friend. Both men broke down sobbing. 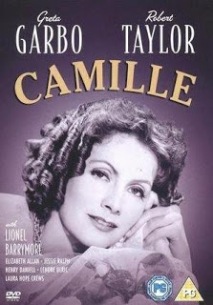 The play based on the novel was also enormously successful:

When Dumas climbed onto the stage to take his bow, the women in the audience showered him with bouquets wet with their tears.

Dumas’ novel may be touching, but it is not a masterpiece. I must admit that I read it in my teenage years and I remember being engrossed in it. However, La Traviata is a feat of genius and it has incredible emotional power. Artists have told the myth of Marie Duplessis, not a true story of her life or personality. Yet there is a profound truth in the myth: deep down we all crave to achieve the union of erotic, pleasurable and esthetic love (symbolized by Libra, ruled by Venus) with the emotional depth, accompanied by true commitment and security. Isn’t this a deep wound of our culture that these two aspects are so often in conflict?

31 Responses to The Lady of the Camellias and Her Myth