On Genius (3): Angels, Demons and Cult of Relics 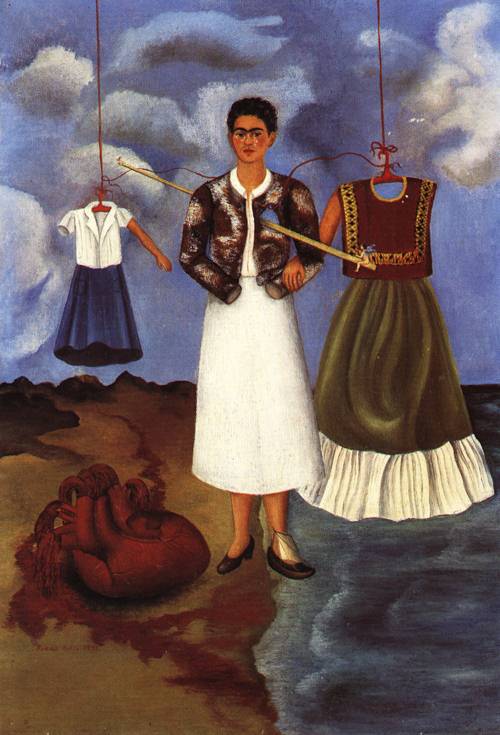 Frida Kahlo, “Memory of the Heart”

As much as early Christians wanted to break ties with antiquity, aiming at redefining the concept of divine possession, their cult of angels and saints bore a striking resemblance to the worship of gods and goddesses of ancient Greece and Rome. The demon of Socrates was never really put to rest. What happened, instead was a mere replacement of the old terminology with the new one, while the underlying meaning remained strikingly similar. Saints and patrons replaced geniuses only in the name:

“…gradually, in late antiquity, men and women transferred much of the language and longing previously reserved for the genius, daimon, and other invisible companions to the saint. The saint was the genius’s heir, watching over people and places alike and protecting their human charges from birth until death. Saints bore messages and prayers, interceding for the people before God.” (Darrin M. McMahon, “Divine Fury: A History of Genius,” p.41)

Ostensibly monotheistic, early Christianity with its rampant cult of saints could be likened to a polytheistic religion with its multitude of divine beings. Alongside saints, dangerous demons were firmly believed to lurk in every corner of the world, “laying traps of temptation, snares of iniquity and sin.”

Early Christians delighted in etymology. After Plato, they derived the word “demon” (daimon) from the Greek daêmôn, “knowing,” associated with demonic foreknowledge and omniscience. Demons had their luminous counterparts in Angels. Both had wings, both could appear “everywhere in a single moment.” McMahon writes that “saints were canonized as saints precisely because they resisted the demons and it was largely for this reason that the cult of angels generated such consternation in the early church.” Very early on, at Christian councils, invoking angels was deemed inappropriate and highly dangerous because it entailed a grave risk of facing a demon instead. Boasters such as the French priest Adalbert who announced that he had received “holy relics, a letter from Jesus, and revelations from the angels, with whom he claimed to be in regular contact” were vehemently condemned. 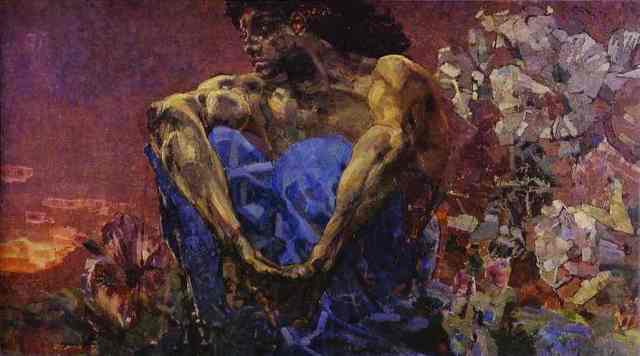 It is quite striking to me that already in early Christianity direct contact with divinity was frowned upon or even condemned by church authorities. What seems to have been encouraged was blind acceptance and faith in the official dogma. The arduous cult of saints and their relics, however, apparently fulfilled the need of a more direct religious experience. As is true of everything, relic worship was already known in antiquity in relation to the cult of a hero, who was considered to be “olbios,” i.e. blessed:

In Christianity, however, the cult of the relics was “tied to concepts of wholeness, corporeal integrity, and the resurrection of the body,” as Holger A. Klein notices in his article “Sacred Things and Holy Bodies: Collecting Relics from Late Antiquity to the Early Renaissance.” The enormous popularity of relics continued well until the 16th century:

“For more than a thousand years in Europe, all the important deeds of life were carried out under saints’ blessings, assured by the proximity of their relics. One did not plant crops, launch a ship, start a building, convene a gathering, give birth to a baby, or bury a relative without seeking to have the remains of saints physically nearby. As the special dead, saints were believed to be spiritual and invisible, but their power to heal, to bless, and to defend worked—or worked best—if they were materially and bodily present as relics.“

What makes relics so fascinating is that they sanctify matter as “a medium of the divine,” or as a magic talisman of remembrance, Butterfield remarks. He goes on to explain:

“Relics are an example of what James Frazer called ‘contagious magic.‘ Any thing that Jesus, Mary, or the saints touched was thought to retain the glow of sanctity, so items of their clothing, and objects from the life of Christ, particularly pieces of the True Cross, were also venerated as holy.“ 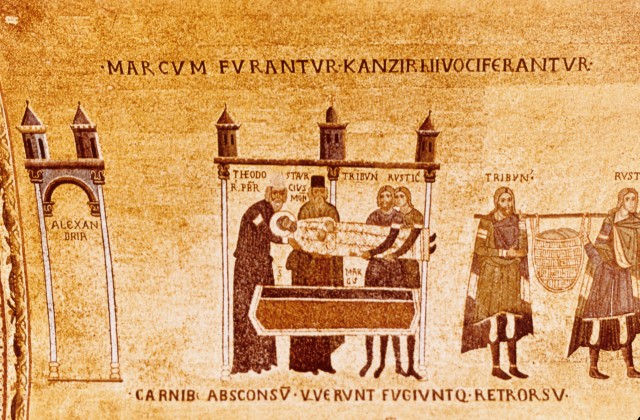 Physical objects are concrete, touchable, and as such they evoke a presence that is longed for. The relics were believed to ooze blood, milk, oil and water, to radiate light and give off perfume. It is worth remembering that in ancient Egypt, mummies were embalmed with resins and other sweet-smelling spices so that they would be acceptable to the deities. Anubis, a jackal-headed god associated with mummification, checked each newcoming mummy with his keen nose for the required “Odor of Sanctity.“

The vile containing the small amount of blood was drawn from the late Pope John Paul II after the attempt on his life on May 13, 1981. It was displayed for veneration for the first time on May 1, 2011, during his beatification. 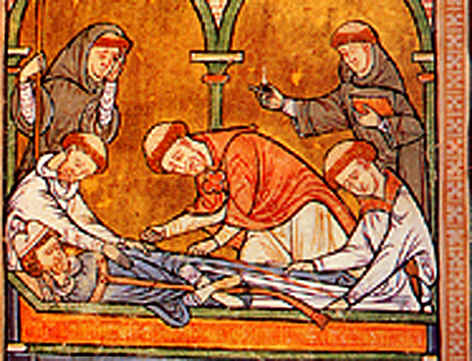 “Thomas Becket’s body was still on the cathedral floor when people from Canterbury came in and tore off pieces of his clothes and then dipped these pieces in his blood. They believed that they would bring them luck and keep evil away.“ Via http://www.historylearningsite.co.uk/thomas_becket.htm

In the 16th century reformation started and Calvin declared with his typical sternness: “All flesh is dust … [and relics are] heaps of foolish trifles.” But in other parts of the world relics continued to be venerated as magical embodiment of a once-revered presence. Behold the Age of Reason. In the 19th century most rational scientists fell prey to what seems to be a common human predilection: endowing matter with spirit. The cult of genius focused on the brain. Mcmahon remarks:

“And yet, what Hegel rightly perceived with his dialectical gaze was that even the phrenologists’ most reductive attempts to reduce mind to matter had the paradoxical effect of endowing matter with a strangely spiritual significance. By isolating genius above the shoulders, they made a totem of the skull. And by concentrating genius’s power in the brain, they made of its flesh a fetish that radiated with powerful allure. Behold the mystery of genius made manifest. Behold the secret of genius revealed.” (p. 139) 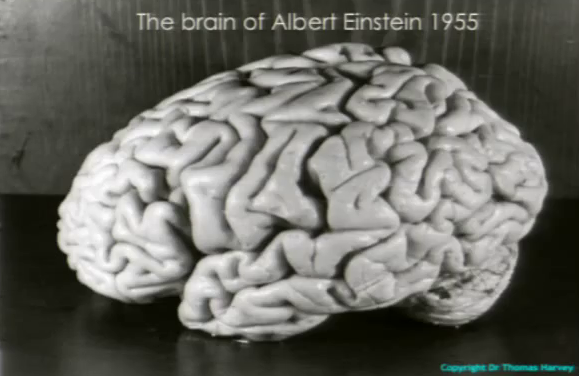 Even our times are not free of relic worship. Once again Butterfield remarks with perspicacity:

“And yet relics are, in one form or another, everywhere. We all have material objects that help freshen memory and recall emotion: locks of hair, baby shoes, heirlooms, and so on. There is no substitute for things of this kind. Nothing else provides the same experience or the same essential service. The intense interest in memorabilia is a version of this obsession. The property of stars and celebrities can generate intense longing, and also wild prices: two million dollars for Jimi Hendrix’s guitar..“ 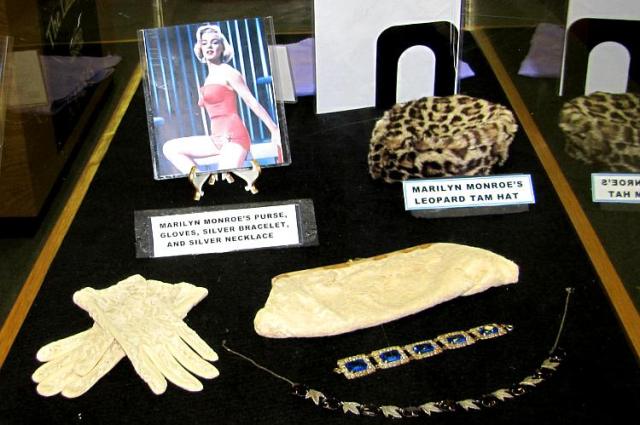 The last witticism belongs to McMahon: “Einstein’s brain has since been digitized and is now available as an iPad app in 350 microscopic slides. For a mere $9.99, genius may be downloaded to your touchscreen and venerated in your home.”

15 Responses to On Genius (3): Angels, Demons and Cult of Relics