Soaring High on the Wings of Ambition 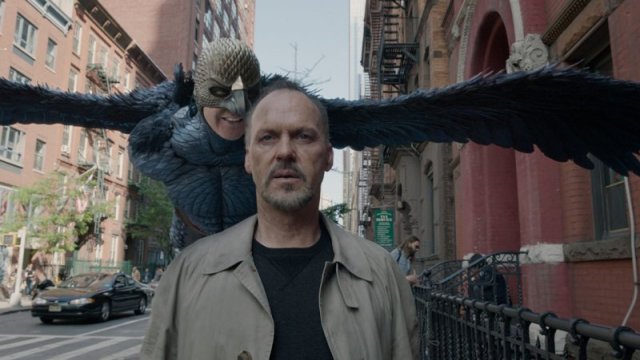 “As Caesar loved me, I weep for him; as he was fortunate, I rejoice at it; as he was valiant, I honour him: but, as he was ambitious, I slew him. There is tears for his love; joy for his
fortune; honour for his valour; and death for his ambition.”

Two excellent movies I have seen recently – Birdman directed by Alejandro G. Iñárritu and Whiplash directed by Damien Chazelle- seem to revolve around the theme of ambition, marked by single-mindedness of purpose, cut-throat competitiveness, extreme exertion and toil, the willingness to prove oneself and achieve greatness with a total lack of consideration for relationships, by way of contradiction accompanied by a need to be recognized and admired. Narcissism seems to be at the etymological root of the word “ambition,” which is connected with going around to solicit votes; ambition is “a striving for favor, courting, flattery; a desire for honor, thirst for popularity” (via http://www.etymonline.com/index.php?term=ambition). In both movies, the shadow side, the price paid for the desire to soar above the ordinary is blood, sweat and tears of suffering and a poignant feeling of alienation. The question that occurred to me was this: can excellence and mastery be achieved only through merciless tyranny? In order for the wet soulful emotionality to be translated into the geometrical order of crystallized ambition, some amount of ruthless despotism seems to be indispensable. The root of the word “discipline” hides penitential chastisement, physical punishment, teaching, martyrdom and military drill.

In Birdman, I was particularly impressed by the ingenious deconstruction of the superhero archetype. By having played Birdman in his younger years, a superhero able to fly, move objects and destroy his enemies with the power of the mind, the actor underwent an inflation: he has acquired all of these superpowers, and yet he is still struggling with the usual human depression, listlessness, powerlessness and old age. Ostensibly, the actor seems to want to shake the mantle of the superhero and go back to being human again. However, his inner Birdman is not willing to go away and the two seem to be in symbiosis now. The young protagonist of Whiplash – an aspiring jazz drummer – has a similar task to fulfill: he needs to integrate the fierce taskmaster represented by his teacher into his own personality. The master is a projection of the student’s own soaring and unrelenting ambition. Without this crucial integration, no success will ever be possible for him. In the final exhilarating drumming scene, we are pulled back to the primal roots of music: the ecstatic, “phallic” drumming. I was left with this thought: dreams of success and ambition are not social constructs. They are natural and instinctual primal expressions of the soul. The hypocrisy of Brutus’ justification for assassinating Caesar is very apparent. 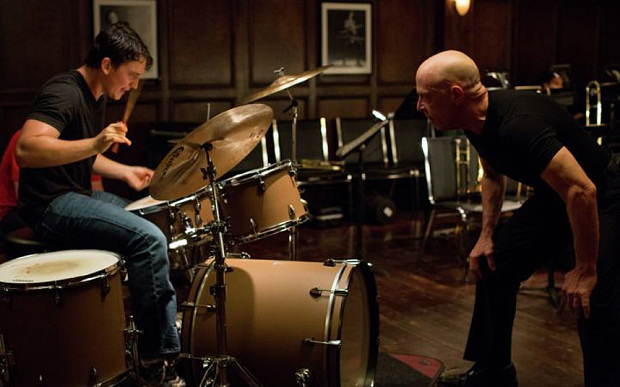 14 Responses to Soaring High on the Wings of Ambition