The Blessings of Darkness and Light: Tribute to Khalil Gibran

I.“Now I know that I am the sphere, and all life in rhythmic fragments moves within me.”

“The reality of the other person is not in what he reveals to you, but in what he cannot reveal to you.”

“Love is the veil between lover and lover.”

II.“And think not you can direct the course of love, for love, if it finds you worthy, directs your course.

Love has no other desire but to fulfil itself.”

“The deeper that sorrow carves into your being, the more joy you can contain.”

“Your pain is the breaking of the shell that encloses your understanding.”

On 6 January, birth day of Khalil Gibran, The New Yorker shared an article “Prophet Motive,” which was originally published in 2008. To speak of Khalil Gibran without any kind of spiritual sensitivity is a travesty, and this is precisely what I thought of the article. The author gleefully expresses her contempt that The Prophet, though largely shunned by literary critics, is the third best selling book of all time, giving way only to Shakespeare and Lao-Tsy. The article contains a lot of unfounded conjectures concerning Gibran’s private life (also his inner life) and relationships, while simultaneously dismissing his writing in passages such as this, devoted to The Prophet:

“Almustafa’s advice is not bad: love involves suffering; children should be given their independence. Who, these days, would say otherwise? More than the soundness of its advice, however, the mere fact that “The Prophet” was an advice book—or, more precisely, “inspirational literature”—probably insured a substantial readership at the start. Gibran’s closest counterpart today is the Brazilian sage Paulo Coelho, and his books have sold nearly a hundred million copies.

Then, there is the pleasing ambiguity of Almustafa’s counsels. In the manner of horoscopes, the statements are so widely applicable (“your creativity,” “your family problems”) that almost anyone could think that they were addressed to him. At times, Almustafa’s vagueness is such that you can’t figure out what he means. If you look closely, though, you will see that much of the time he is saying something specific; namely, that everything is everything else. Freedom is slavery; waking is dreaming; belief is doubt; joy is pain; death is life. So, whatever you’re doing, you needn’t worry, because you’re also doing the opposite.”

The profound mystical truth of the unity of opposites was first put forward by Heraclitus. It reverberated in the work of the greatest mystics of centuries to come: Nicholas of Cusa, Meister Eckhart, Paracelsus, Carl Jung, Gershom Scholem, William Blake, to name just a few; as well as in Buddhism, Hinduism, Taoism and Sufism. Coincidentia oppositorum was the aim of the alchemical opus. Thus, the secret of Gibran’s appeal is not his simplicity but its quality of uniting and transcending all creeds, religions and dogmas, finding their shared spiritual and mystical core. Comparing Gibran to Paulo Coelho is both sad and hilarious, if I may add another paradox to the writer’s list. But calling The Prophet an advice book captures rather ingeniously everything that is wrong with the arid shallowness and soullessness of Western intellectualism.

The Prophet is, to me, one of the most profound works ever created. Surely, from purely literary perspective it may be lacking (English was not Gibran’s first language – he came to America not speaking it at all), but its spiritual impact, its wisdom and the way it stirs the heart, more than compensates for all its alleged shortcomings. Also, some turns of phrase are sheer beauty. And perhaps most importantly, i strongly believe that the words of Khalil Gibran possess a healing quality, though I cannot prove it. It is an extraordinary legacy to the strength of his spirit how he, a child of poor parents from Lebanon, whose mother was forced to leave her native country, with the help of rich patrons and his own strength of character managed to overcome his initial cultural and linguistic handicap. Not completely, though, because as an Arab immigrant he was never able to quite shed the stigma. He remained a second-class citizen, which might have driven him into alcoholism and depression, though this is sheer speculation. In a BBC documentary much more sympathizing with Gibran than the New Yorker article, it is suggested that being an immigrant he was not able to marry his lifelong patroness Mary Haskell because she would have lost her job and her family if that had happened.

However, the New Yorker article claims that he never intended to marry her and simply took financial advantage of her weakness towards him. How does gold digging fit, though, when even if he was making a fortune on his royalties (which came much later in his life) he never left his New York studio apartment, which he lit with candles and called his hermitage? The same article deals quite offensively with the year 1902, when Gibran’s mother, brother and sister all died, suddenly leaving him alone in the world. The following quote from the article is simply stunning in its arbitrariness: “…there is no evidence that Gibran mourned any of them for long. It is hard to escape the thought that this ambitious young man was not inconvenienced by the loss of his slum-dwelling family.” The BBC documentary, on the other hand, paints a picture of a young man deeply struck by tragedy. It was this painful experience that made the lines in The Prophet devoted to pain and suffering so deeply moving: “It is the bitter potion by which the physician within you heals your sick self.”

Kahlil Gibran, “Towards the Infinite (Kamila Gibran, mother of the artist), 1916, via http://www.metmuseum.org/collection/the-collection-online/search/487710

What The Prophet imparts is not simplistic or fluffy or “new-agey.”  My personal favourite passages are concerned with the role and nature of evil in the world. Consider this excerpt and its implications:

“And this also, though the word lie heavy upon your hearts:

The murdered is not unaccountable for his own murder,

And the robbed is not blameless in being robbed.

The righteous is not innocent of the deeds of the wicked,

And the white-handed is not clean in the doings of the felon.

Yea, the guilty is oftentimes the victim of the injured,

And still more often the condemned is the burden bearer for the guiltless and unblamed.

You cannot separate the just from the unjust and the good from the wicked;

And if any of you would punish in the name of righteousness and lay the axe unto the evil tree, let him see to its roots;

And verily he will find the roots of the good and the bad, the fruitful and the fruitless, all entwined together in the silent heart of the earth.”

Khalil Gibran, Sketch for “Jesus the Son of Man,” via http://www.metmuseum.org/collection/the-collection-online/search/487711

In Gibran’s lesser known, but excellent work called Jesus, the Son of Men, those who knew Jesus are given voice to speak about him. For example, John, his beloved disciple, says of Jesus: “I loved Him because He quickened my spirit to heights beyond my stature, and to depths beyond my sounding.” Gibran is said to have had a lifelong fascination with Jesus, and the above quote is also true of his impact on many souls of his contemporaries and of those who still continue to discover the book today. By Muslims he is predominantly viewed as a rebel. He advocated the rights of women and called for reforming Islam. Yet, he is the most overpowering when speaking of universal and eternal themes that do not touch religion or politics but express the profoundest depths of the human soul, like this famous passage on love from The Prophet:

Though his ways are hard and steep.

And when his wings enfold you yield to him,

Though the sword hidden among his pinions may wound you.

And when he speaks to you believe in him,

Though his voice may shatter your dreams as the north wind lays waste the garden.

For even as love crowns you so shall he crucify you.

Even as he is for your growth so is he for your pruning.

Even as he ascends to your height and caresses your tenderest branches that quiver in the sun,

So shall he descend to your roots and shake them in their clinging to the earth.

Like sheaves of corn he gathers you unto himself.

He threshes you to make you naked.

He sifts you to free you from your husks.

He grinds you to whiteness.

He kneads you until you are pliant;

And then he assigns you to his sacred fire

that you may become sacred bread for God’s sacred feast.” 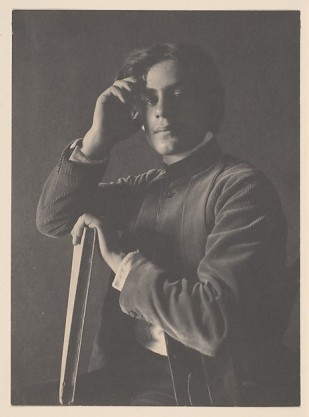 20 Responses to The Blessings of Darkness and Light: Tribute to Khalil Gibran