The Black Madonna of the Luminous Mountain

The Shrine of Our Lady of Jasna Góra (Luminous Mountain or Clarus Mons) in Częstochowa, Poland, houses a most unique image of the Black Madonna. It is a Byzantine icon of the Hodegetria type (from Greek “She who shows the way) made in the twelfth century, damaged in the fourteenth century and repainted by an Italian master. In 1430 a band of Hussites raided and robbed the monastery. They tore off the painting from the altar, stripped it of its valuables and cut the face of Madonna with a sword. As they threw the painting to the ground it broke in three pieces. The painting was subsequently brought to Krakow, where it underwent restoration. The face cuts were highlighted with paint. After this act of sacrilege the Shrine started booming and the number of pilgrims rose every year. While Poland did not exist on the map of Europe having been partitioned among Prussians, Russians and Austrians, the Shrine offered a place of refuge in turmoil and mourning. Also in Communist times it was one of the few places of freedom. The banner displayed in front of the monastery reads, “Here we have always been free.” 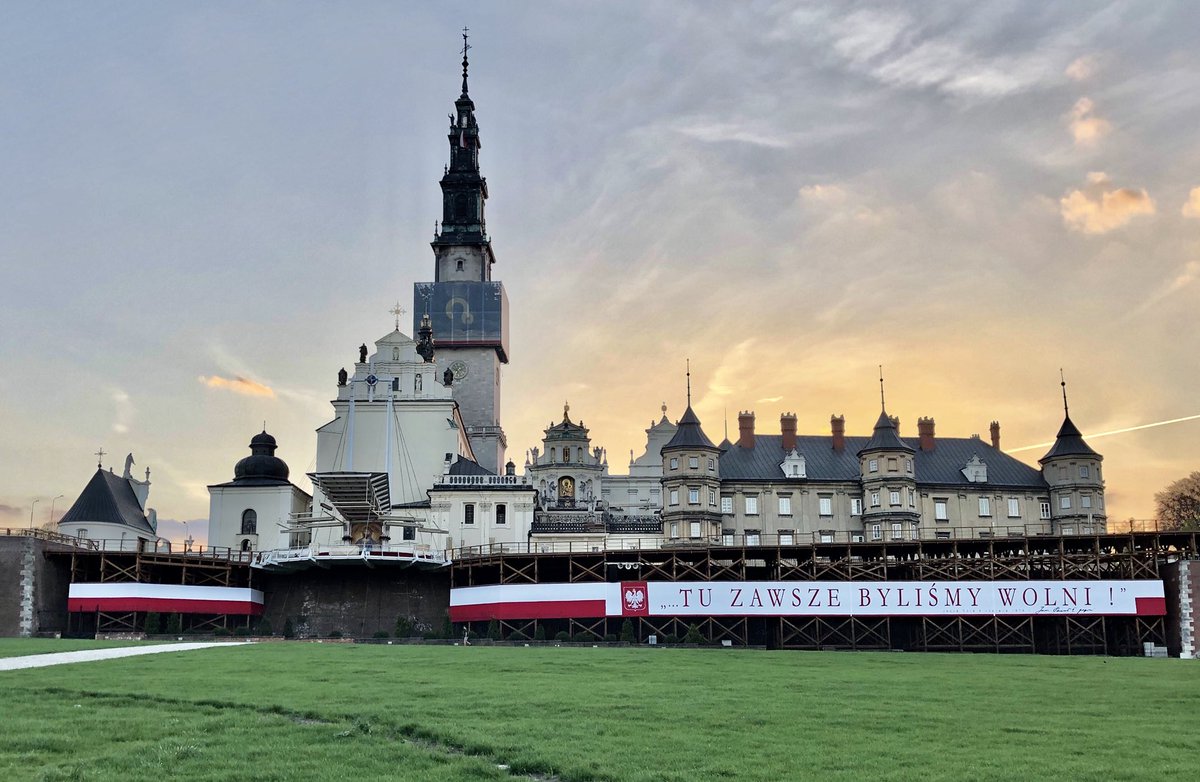 The miraculous image is said to possess healing powers. Her cult in Jasna Góra is ecstatic, with people praying, writing down supplications and even circling her icon on their knees in an act of circumambulatio. For the Catholics, she is the crowned Queen of Poland. The icon does indeed have a powerful, magical presence, piercing the onlookers and reminiscent of the energy of Black Tara, projecting infinite compassion. The cult of the painting goes back to the cult of divine images, which was already common in Ancient Egypt. The painting is in fact treated as the divinity. The image of the Black Madonna was painted on three linden tree boards, similarly to the statue of the Black Madonna of Einsiedeln carved in the same kind of tree. Fascinatingly, this brings to mind Philyra, the mother of Chiron, who was the wouded, compassionate and gentle healer of the Greek mythology. His mother was turned into the linden tree when he was born, which makes him the son of the linden tree.

The symbolism of the Black Madonna is rich and almost unfathomable. I have tried to approach it a few times here, recently by writing this in another post:

“In our daily world biased towards clarity, obviousness, growth, achievement and tangible benefits, the Black Madonna is an omen of wholeness that we have lost on the way. She heals by making whole, soothes and warms the cold hearts, projecting boundless forgiveness and compassion. She is not always meek, but can be quite defiant and disruptive in relation to the stale status quo. Like the unconscious, she is the great balancing force. The weak, the sick, the disenfranchised, the disempowered, women, strangers, outsiders and foreigners, have all sought refuge under her mantle. “

The Polish Shrine was established by the monks of the Order of Saint Paul the First Hermit, similarly to Einsiedeln, which also has eremitic roots. Saint Paul of Thebes is believed to have spent all of his life living alone in a cave in the desert until the age of 113. In the Paulinian iconography, St Paul is depicted with a palm, a raven and two lions; the palm provided him with leaves for clothing, the raven was bringing bread, and the lions dug out his grave with their claws when he died.

The coat of arms of The Order

Above the Black Madonna’s forehead the artist painted a six-pointed star. It is not visible in photos because it is quite subtle and luminous. The hexagram is a well-known symbol balancing fire and water, the masculine and the feminine. Because of the icon’s green background, one has to think about the heart chakra, which is also associated with this colour and, what is more, the six-pointed star is included in its depictions. 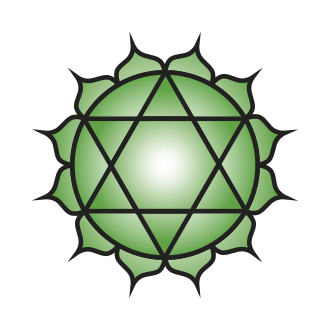 Like her Swiss sister, also the Polish Black Madonna is placed in the beautiful black-coloured chapel. Also similarly to the Black Madonna of Einsiedeln, She has got a number of ceremonial robes of dazzling quality. There is a diamond robe, a coral-pearl one, an amber-diamond one, one made of seeds but perhaps the most awe-inspiring is the blue one made from gold, silver, platinum and titanium, owing its blue colour to opals, labradorites and saphires. Meteorites from the Moon, Mars and Mercury found in China, Morocco, the USA, Poland and Siberia are also blended in this robe together with rock pieces from the Grotto of the Annunciation of Nazareth.

As if all of these magical wonders were not enough, the Chapel houses a unique work of art, namely the Way of the Cross portrayed as a series of paintings by a contemporary Polish artist Jerzy Duda-Gracz. In those truly amazing images Jesus is shown as lonely and misunderstood by his own believers. The artist commented on his approach saying, “Loneliness of God, Loneliness of Man among one’s closest folks, family, friends, believers, followers, and loneliness in the crowd.” I could not help thinking that the Jesus portrayed by this artist is very close in spirit to the Black Madonna in her simultaneous humanity and divinity.

12 Responses to The Black Madonna of the Luminous Mountain