Egyptian Pyramids as a Symbol of Rebirth 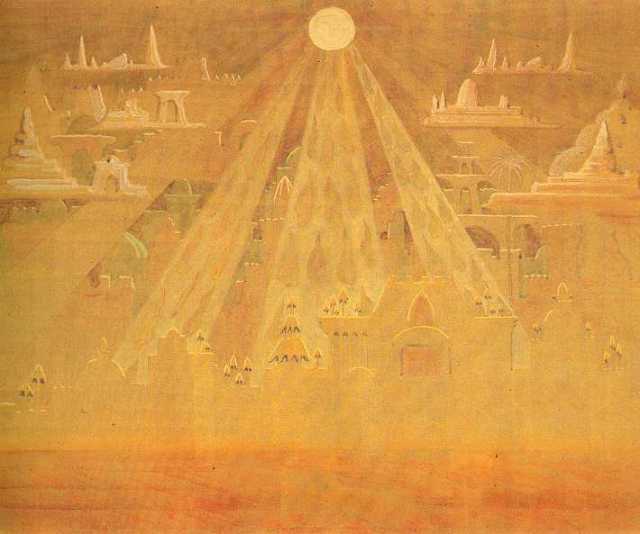 “Scherzo – Sonata of the Pyramids” by Mikalojus Konstantinas Ciurlionis (1909)

“Ancient Egypt was an agrarian society, and the Egyptians’ view of the world was determined in part by agricultural life along the Nile. Each year, spring rains in the Ethiopian highlands fed the source of the Nile and eventually raised the level of the river in Egypt above its banks, flooding the land on either side from June to October. Ancient records from the earliest Egyptian dynasties show that this annual inundation could rise as much as 4.4 m above the river’s normal level, turning much of the Egyptian countryside into vast lakes. As the flood receded, leaving behind fertile silt, new plants would spring to life on the highest mounds of earth that were the first to emerge from the waters of these lakes.

From this annual experience, the beginning of life was linked in the Egyptian mind to the vision of a mound of earth emerging from a vast expanse of water. The Egyptians extended this notion to their understanding of how the world itself had come into being. One of the earliest Egyptian creation accounts envisioned the first place in the world as a mound of earth emerging from the waters of a universal ocean and the first life form as a lily growing on the peak of his primeval mound. An Egyptian thought the lily was a god, Nefertum, whose name means ‘perfect and complete.’ Nefertum was honored as a harbinger of the sun, which rose from the lily’s petals to bring life to the newly created world. The mound itself was also worshipped as a god, called Tatjenen, meaning ‘the emerging land.’ 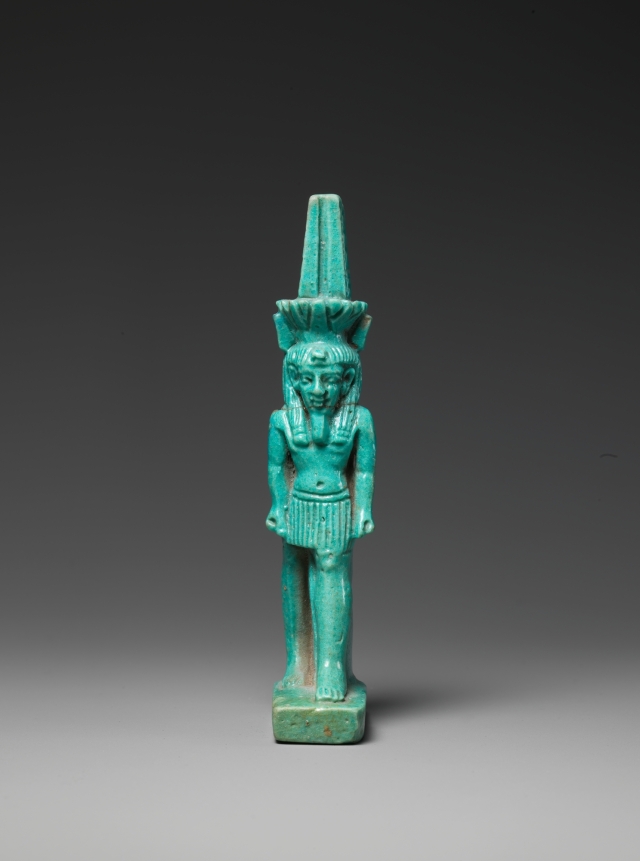 Early temples sometimes incorporated a mound of earth as an icon of the original site of all life. This could be a hill of earth or sand, but it also took the more permanent shape of a small pyramid carved from a single block of stone. A miniature pyramid of this kind was called a bnbn (‘benben’), a name that derives from the root bn, meaning ‘swell up’ or ‘swell forth.’ The benben was a concrete image of the first mound of land ‘swelling up’ from the waters of the pre-creation universe. As such, it was an icon not only of the primeval mound but also of the sun, which first rose from it,- the Egyptian word for the rising of the sun is wbn, which comes from the same root as benben. 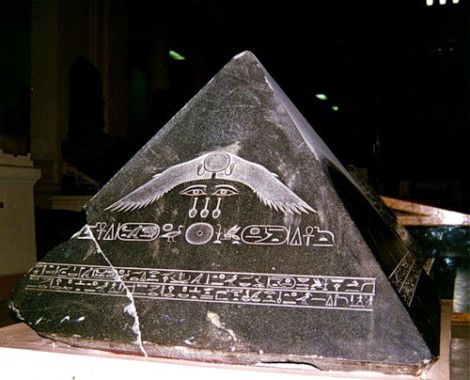 From the beginning, therefore, the pyramid shape represented the notion of new life, emerging both from a mound of earth and in the light and warmth of the sunrise. To the Egyptians, however, the benben was more than just an image. Like the primeval mound, it somehow incorporated the very power of life itself, the force that made it possible for new life to emerge after a period of dormancy. With this viewpoint, it is not surprising that the Egyptians should also have associated mounds and pyramids with their funerary monuments. In the ancient Egyptian mind, death was not an end to life but the beginning of a new form of existence.
…
Like the primeval mound, Osiris represented the force of new life. His power was manifested in the transmission of life from one generation to the next and in the growth of new plants, the mysterious process that produced a living entity from an apparently dormant seed planted in the ground.
Osiris was also integral to the Egyptian understanding of the daily solar cycle. Each night the sun seemed to sink beneath the ground and die, yet in the morning it emerged again into the world, reborn to live once more during the day. To the Egyptians, this was possible only because during the night, the ‘dead’ sun had somehow received the power of new life. Two explanations of that process existed concurrently in Egyptian thought. In one, the sun reentered the womb of Nut, the goddess of the sky, at night, and was born from between her thighs again at dawn. In the other, the sun entered a netherworld, known as the Duat, there, in the middle of the night, it merged with the mummy of Osiris, lying in the depths of the Duat, and received from this union the ability to come to life once more. Together, these two explanations combined the role of mother and father in the production of new life.”
Allen, James P. “Why a Pyramid? Pyramid Religion.” In Hawass, Zahi, ed. The Treasures of the Pyramids. Italy: White Star, 2003, pp. 22-27. http://giza.fas.harvard.edu/pubdocs/1025/full/

7 Responses to Egyptian Pyramids as a Symbol of Rebirth