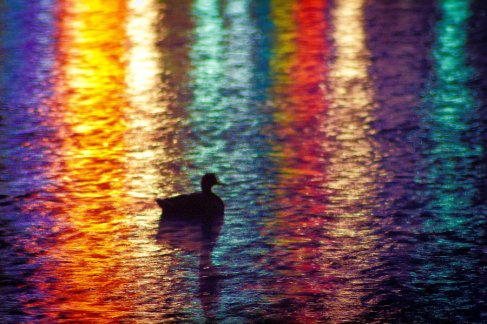 Proteus was a wise Greek sea god, a shape changer and a prophet. Pictured as fish-tailed, he was able to change himself into a lion, a serpent, a panther, a wild boar, a tree and flowing water. In order to get answers from him concerning the future, it was necessary to wrestle him and bind him, then wait patiently through all the transformations for the voice of prophecy. He is an image of something elusive, flickering and ineffable that wriggles shakes and transforms many times before it stabilizes as an image that can be comprehended by consciousness.

Proteus is a great metaphor of working with archetypes and symbols. They are creatures of the deep ocean of the collective unconscious and this is where they feel best. They do not fare well in the world of hard matter or clear-cut mental distinctions. Out of water they may get too dry, lose their colour, become lifeless. Like Proteus, they cannot wait to return to their proper realm. Waking up in the morning, we try to capture the dream images, but they change their shapes rapidly, often fading away too fast for the consciousness to capture their meaning. Whatever we say about them will never be enough: it would always be possible to go deeper because their Protean oceanic wisdom is unfathomable. How many times their wisdom is lost, annihilated by the stern voice of the classifying mind. As Jung wrote in Memories, Dreams, Reflections:

I felt that at some time or other I had passed through the valley of diamonds, but I could convince no-one – not even myself, when I looked more closely – that the specimens I had brought back were not mere pieces of gravel.

All the manifest forms have emerged out of the protean, shifting, unstable, shaping and reshaping watery realms of imagination and ceaseless creativity. A 2004 documentary on Ernst Haeckel, a nineteenth-century biologist and artist, who studied tiny radiolaria, ancient one-celled marine organisms, includes stunning animation sequences of the shapeshifting of these tiny creatures, whose geometric skeletons show the infinite creativity of form and pattern. It is a mystical vision: the organic world of radiolaria mirrors the world of the archetypes in its breathtaking beauty and diversity, eternal unity in manifold manifestation. Haeckel went to the valley of diamonds and brought back precious and beautiful gems. 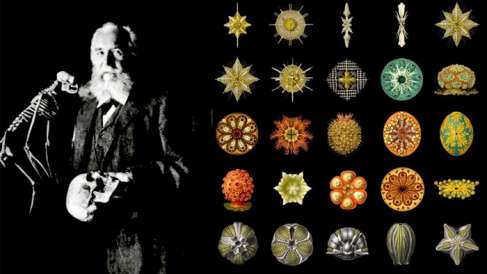