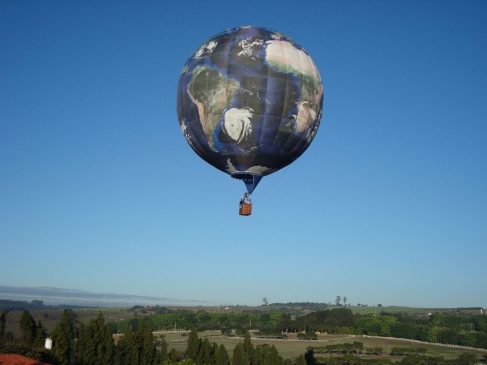 Once on a trip to Venice I wandered into a square of San Barnaba, where a scene from one of the Indiana Jones movies had been shot. I was overjoyed to find out that at that time San Barnaba’s church was housing an exhibition of Leonardo da Vinci’s machines, which had been built using his sketches and designs. 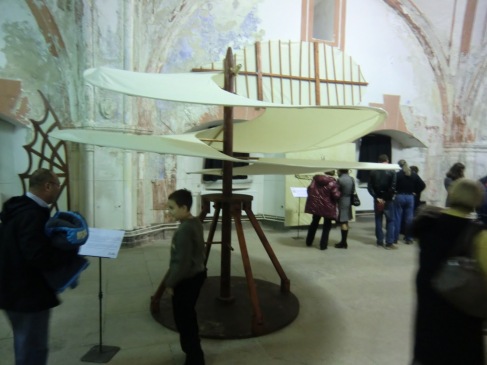 I must say, however, that I was more awe inspired by his sketches than by the actual machines. Is this because I am more inspired by the fact that he thought these grand thoughts well ahead of his time, or maybe because his sketches are so beautiful, mysterious and “sfumato,” i.e. “without lines or borders, in the manner of smoke or beyond the focus plane,” as da Vinci himself explained his painting technique? The sketches occupied the space between a smoky dream and hard reality, while the actual machines were just, well, actual, not imaginary any more. The most inspiring for me were the sketches of wings and the flying machines. Humans took to air much, much later than da Vinci imagined it: the first manned flight in a hot air balloon did not take place until long after his death. Here’s a replica of the Montgolfier brothers’ balloon. It is really beautiful and it featured images of Zodiac signs and suns. 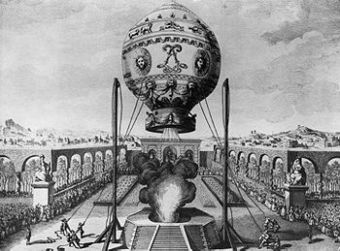 Recently, I was filled with joy and hot air after reading a light-hearted review of a book about a history of balloon flying. The book reviewed is called Falling Upwards: How We Took to the Air and was written by Richard Holmes. I’ve read an enthusiastic review by Graham Robb in the latest issue of The New York Review of Books. The article really stirred my imagination and put me in a lighthearted, Sagittarian, mood, much welcome after a month of Scorpionic darkness. My mind wandered back to my childhood when I used to avidly read books by Jules Verne. These tales of fanciful travels took my breath away. I was not surprised to read that the first balloonists could barely contain their enthusiasm. Seeing the earth from the air for the first time made them lose their senses and common sense: they were intoxicated as their world had inflated and their consciousness had expanded. They were daring and mischievous, possessed by the archetypes of the trickster and the explorer. They were perceived as eccentric and daring, and they did eccentric and daring things. They often behaved “like irresponsible superior beings.” The review is full of delightful passages, such as this one:

“On a dark November night in 1836, the English balloonist Charles Green, accompanied by an Irish musician and a member of the British Parliament, was floating invisibly over ‘the unearthy flare of the fiery foundries’ of Belgium, close enough to hear the coughing and swearing of the foundry workers. He lowered a Bengal light on a rope until its dazzling flare was skimming over the workers’ head. Then he urged one of his companions to shout in French and German through a speaking trumpet ‘as if some supernatural power was visiting them from on high.’ He imagined the ‘honest artizans’ trembling like a primitive tribe…’”

The first years of ballooning were characterized by craze without thinking of practicalities. To this day, in fact, balloons do not have any real practical purpose, though I have read on Wikipedia they may be useful in space exploration. This is fitting, as balloons are very outlandish, indeed.

“Like a wonderful hallucinogenic cloud, the balloon was capable of generating seemingly endless novelties.”

Floating in an air balloon is not unlike floating on a magic carpet. Earthbound rules do not apply to balloons: a balloonist can leave an inhospitable spot in an instant and with style and grace:

“Once he [i.e. Holmes, author of the book] landed in a field of ‘distinctly inhospitable’ pigs…; on another occasion, he was a passenger in a balloon whose pilots attended to land ‘on the trim lawns of the National Parliament building’ in Canberra, ‘until waved away by a genial security officer who threatened to give us a parking ticket.’

I had to chuckle when I read that the most important cargo in every balloon, was, champagne, preferably a few bottles:

“While hydrogen expanded the envelope of the balloon, babbles of champagne had a similar effect on the pilots’ brains.”

“Exploring the nameless shores of the aerial ocean” in a bubbly state of intoxication surely feeds to my imagination. I am reminded of the childlike innocence of Peter Pan and his words about dying, which will be just another awfully great adventure. Holmes called the feeling of balloon flying “falling upwards,” which involved releasing the concept of direction and control and embracing the ever changing vistas and wonderful surprises. The first balloonists were awfully nonchalant about dying; they were fearless while travelling in these floating symbols of wholeness that balloons are:

“There is some haunting analogy between the silken skin of a balloon … and the thin atmospheric skin of our whole, beautiful planet as it floats in space.”

Carl Jung would call these feelings of joy and immortality “psychic inflation,” but he himself had a vision of floating in space while he was in hospital recovering from a heart attack. He described the vision in Memories, Dreams, Reflections:

“It seemed to me that I was high up in space. Far below I saw the globe of the earth, bathed in a gloriously blue light. I saw the deep blue sea and the continents. Far below my feet lay Ceylon, and in the distance ahead of me the subcontinent of India. My field of vision did not include the whole earth, but its global shape was plainly distinguishable and its outlines shone with a silvery gleam through that wonderful blue light. In many places the globe seemed colored, or spotted dark green like oxydized silver. Far away to the left lay a broad expanse the reddish-yellow desert of Arabia; it was as though the silver of the earth had there assumed a reddish-gold hue. Then came the Red Sea, and far, far back as if in the upper left of a map I could just make out a bit of the Mediterranean. My gaze was directed chiefly toward that. Everything else appeared indistinct. I could also see the snow-covered Himalayas, but in that direction it was foggy or cloudy. I did not look to the right at all. I knew that I was on the point of departing from the earth. Later I discovered how high in space one would have to be to have so extensive a view approximately a thousand miles! The sight of the earth from this height was the most glorious tiling I had ever seen.”

We are all floating in space, much like in paintings by Marc Chagall.