The Veiled Speech of the Symbol (2) 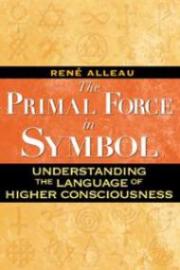 Last month I blogged about a book on symbols that I had just started reading (https://symbolreader.net/2013/10/23/the-veiled-speech-of-the-symbol/). I have finished it now and, while I got some inspiration from it, it did not satisfy me fully. Nevertheless, the nuggets that I have gleaned from his book, I am very happy to share here. All subsequent quotes come from this book, unless otherwise indicated.

I. The word “symbol” in ancient Greek

The oldest Greek meaning of sumbola was “the assembly of the waters,” a place where various rivers, streams and other waterways meet and flow together. The word sumballein meant “to throw or cast together” and also “to exchange words with someone.” Its meaning entailed comparing two things, interpreting one thing by means of another. Aristotle used sumballein kresmon to denote “interpreting an oracle.” 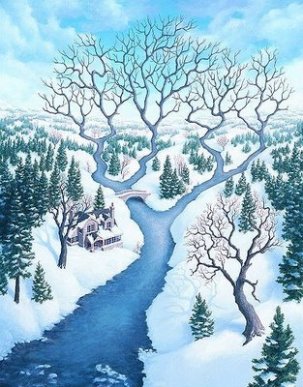 I was familiar with the etymology of the word “symbol,” but this in-depth delineation inspired me further to marvel at the beauty of this word. The process of symbolization entails throwing together and creating a link between the manifested and the unmanifested, the visible and the invisible: between here and beyond. Symbols are instruments of sacred dialogue, “the living and instantaneous revelation of the inexplorable,” as Goethe said. By means of symbols we dialogue with our deeper selves. Symbols take us back to the primordial source waters; they possess an oracular function and wisdom. They connect us with our souls and are the only language that the soul understands. Symbols give us “inner powers of a purely experiential order, and not an intellectual and abstract conception of the world.” They go much deeper than culture and lie deeper than socialization. The chapter on etymology finishes with a beautiful thought:

“For those of vision, the symbol restores the spectacle of a universe in the nascent state – that universe which has become crystallized, solidified, opaque, and closed or off-limits to those of thought.”

Rob Gonsalves, In Search of Sea

II. Symbols are not abstract concepts

The roots of symbolism are simultaneously in spirit and in the body – in physical experience. James Hillman, whom the author sadly does not quote anywhere, was a firm proponent of that thought. Observing nature is indispensable to developing a symbolic sense. Also Jung always emphasized his own rootedness in mother earth: he trained as a stonemason to build his refuge – the structure known as Bollingen Tower. 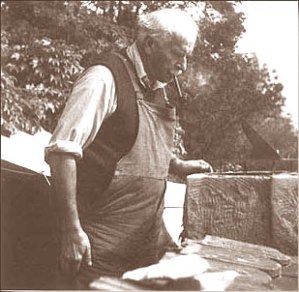 III. The inseparability of myth and symbol

“… myths… are like those rough, uncarved stones that are not the attributes of the deity, but rather the deity itself in its immediate and sensible opacity…. A myth is nothing other than the mutation that it brings about in us when we let ourselves dissolve into it.”

Symbols and myths are experienced and lived concretely in our everyday experiences. In most of us it happens on the unconscious level but in ancient times this was the obvious truth experienced by everyone. Myths have always been inextricably connected with rituals and transformative rites. They sprung from the nourishing soil of the times immemorial: they were born with humanity, or maybe earlier. The loss of a conscious connection with myth, ritual and symbol must have resulted in the feeling of barrenness and meaninglessness typical of our times. We may be more at the mercy of symbolic forces because we do not consciously acknowledge their power.

IV. Understanding of symbols can put an end to the battle between nature and spirit

Symbols are great mediators between the concrete physical reality, from which their meaning sprang, and the spiritual realm of archetypes. Alleau writes: “The transfiguration of nature is … inseparable from the incarnation of the spirit.” We have lost the symbolic ear because we have alienated ourselves from the earth, from the physical realm. We have lost our concrete foundations in “the increasing abstraction of the economic process,” asserts the author of the book. Who understands symbols is free from the social and political repression and close to the ever-creative source of life. This is why those in power and obsessed with control obstinately strive to devalue any form of symbolic expression and define myth as “fiction, untruth.” Deep down they know and fear that the power of symbols is not within their grasp.

28 Responses to The Veiled Speech of the Symbol (2)