The Divine Furor of the Soul: On Marsilio Ficino

“The soul is the greatest of all miracles in nature. All other things beneath God are always one single being, but the soul is all things together…Therefore it may rightly be called the centre of nature, the middle term of all things, the series of the world, the face of all, the bond and juncture of the universe.“

Portrait of Marsilio Ficino at the Duomo, Florence

This “diligent capturer of planetary light” (Latin “sedulus erraticarum luminis captator“) was a most crucial figure in the Florentine Renaissance. As Liz Greene boldly asserts in Astrology of Fate, “(Ficino), it would be no exaggeration to state, started the Florentine Renaissance virtually single-handed.” Not many of us know that he was the one who translated Plato’s writings into Latin as well as the writings attributed to Hermes Trismegistus, known as The Corpus Hermeticum. He influenced the most eminent Renaissance thinkers and artists throughout all of Europe, including masters like Shakespeare and Leonardo da Vinci. What he did was spread and expand awareness of the greatest mind of the Renaissance through his unique blending of philosophy, music, medicine, therapy, astrology, and magic. In the book Friend to Mankind: Marsilio Ficino (1433-1499), Adrian Bertoluzzi wrote:

“In the bright firmament of the Italian Renaissance no luminary has suffered in recent times a more unmerited eclipse than Marsilio Ficino. Today in Florence anyone can freely admire the majestic grace of Brunelleschi’s cupola. Ficino left no such tangible testimony of his life’s work. The influence he bequeathed to posterity was celebrated under the sacrosanct names of Plato, Plotinus, Hermes Trismegistus and Dionysius the Areopagite. But during his lifetime which spanned sixty-six years Ficino was hailed as something of a legend in his own right; recognised as a philosopher, musician and doctor, a healer of souls. 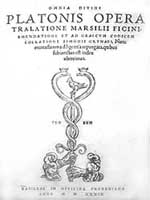 Shakespeare’s debt to Ficino has been obscured for us by his sheer genius – transmuting philosophic gold into poetic gold with a lightning-swift intuitive understanding of the most profound thought which makes the term ‘influence’ almost irrelevant: the origin, the aim, the effect is one.“ 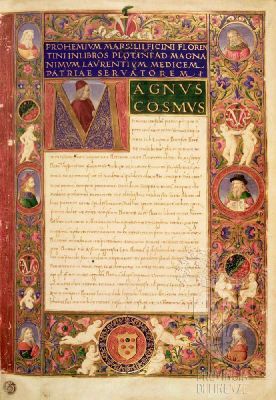 As Ficino fecundated the entire progeny of brilliant minds of his time what we owe him is acknowledgement of his crucial role as a genius of humankind. In his understanding, the true genius lay in the soul “caught up in the rapture of divine embrace.” In Divine Fury, The History of Genius, Darrin McMahon elaborates Ficino’s notion of furor, i.e. “vast zeal, burning piety, and sedulous worship of divinity,” without which no great work can be accomplished. There is poetic furor under the Muses, religious furor under Dionysius, prophetic furor under Apollo but the greatest furor of all is the furor of love under Venus:

“For Ficino, the divine madness of love permeated all the furors — it lay behind true oracular, prophetic, and mystical power just as it animated the ecstatic visions of the genuine poet, who was blessed by God with the ability to see and re-create the beauty of the world. All those special abilities were divine gifts, which raised us to something higher than ourselves. That was the transformative power of the furor divinus, without which, Ficino judged, ‘no man has ever been great.’” 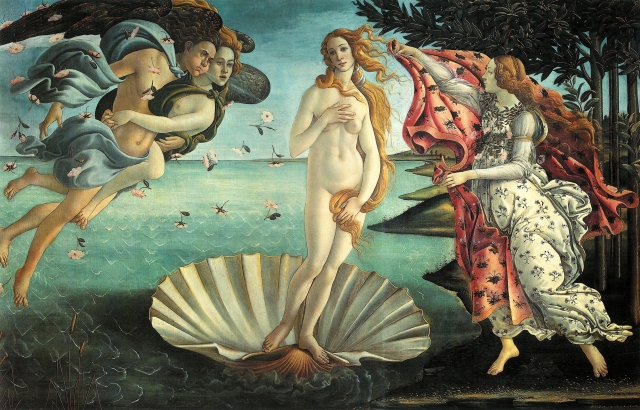 Ficino saw the soul as a messenger, mediator, “the middle term of all things in the universe.”  It connects the body with the mind, acting as the greatest binding factor of all:

“The way, Ficino makes as clear as can be, is to cultivate the soul as an intermediate factor. The life of the soul will be connected fully to sensuous living and to rational thinking. But the soul will have its own way of connecting to each. Thinking might be sensuous, poetic, grounded, full of imagery. Physical life will be soulful–brimming with value, beauty, pleasure, art.“

I am particularly drawn to this notion of the soul as mediator – argent vive (quicksilver), Mercurius, which, according to alchemists, was “the second part of the philosophical stone.”.As Marsilio Ficino wrote himself in his treatise on alchemical art, linking Mercurius to Virgin Mary:

“We say the mercury vive is the second part of the stone. Which since it is living and crude, is said to dissolve the bodies themselves, because it naturally adheres to them in their profundity. This is the stone without which Nature operates nothing. Whence the philosophers advise us not to work but in Sol and mercury; which being joined make up the stone of the philosophers. Who therefore can deservedly praise the merits of mercury, since it is he alone who maketh gold thin and who has so great a power, that he can reduce Sol itself into the first nature? Which power nothing else in the world is discerned to have. It is thus said of the mercury which the wise men seek for, is in mercury. Mercury destroys all foliated Sol: it dissolves and softens it, and takes the soul out of the body. If it be sublimated, then there is made aqua vitae. If anyone therefore ask you: What are the stones? You shall answer, that Sol and mercury are the physical stones. But these stones are dead on Earth and operate nothing, but what is by the industry of men supplied to them.

I will propose you a similitude of gold. The ethereal heaven was shut from all men, so that all men should descend to the infernal seats, and be there perpetually detained. But Jesus Christ opened the gate of the ethereal Olympus, and has now unlocked the kingdoms of Pluto, that the souls may be taken out; when by the co-operation of the holy spirit in the virginal womb, the virgin Mary did by an ineffable mystery and most profound sacraments conceive what was the most excellent in the heavens and on the earth; and at length brought forth for us the saviour of the whole world, who out of his super abundant bounty shall save all who are able to sin, if the sinner turn himself to him. But she remained an untouched and undefiled virgin: whence mercury is not undeservedly compared to the most glorious saint the virgin Mary. For mercury is a virgin because it never propagated in the womb of the Earth and metallic body, and yet it generates the stone for us; by dissolving heaven, that is, gold, it opens it, and brings out the soul; which understand you to be the divinity, and carries it some little while in its womb, and at length in its own time transmits it into a cleansed body. From whence a child, that is, the stone, is born to us, by whose blood the inferior bodies being tinged are brought safe into the golden heaven, and mercury remains a virgin without a stain, such as is was ever before.”

“Marsilio Ficino on the alchemical art”

This text is a translation of a Latin text, Marsilius Ficinus, ‘Liber de Arte Chemica’, which was printed in the Theatrum Chemicum, Vol 2, Geneva, 1702, p172-183. It is not entirely certain if this text was actually written by Ficino, or was later ascribed to him.

23 Responses to The Divine Furor of the Soul: On Marsilio Ficino