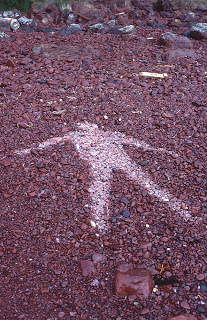 “I believe in the practice and philosophy of what we have agreed to call magic, in what I must call the evocation of spirits, though I do not know what they are, in the power of creating magical illusions, in the visions of truth in the depths of the mind when the eyes are closed; and I believe in three doctrines, which have, as I think, been handed down from early times, and been the foundations of nearly all magical practices. These doctrines are—

(1) That the borders of our minds are ever shifting, and that many minds can flow into one another, as it were, and create or reveal a single mind, a single energy.

(3) That this great mind and great memory can be evoked by symbols.”

I am looking forward to seeing a new documentary by Thomas Riedelsheimer about the work of Andy Goldsworthy, a Scottish land artist. As he works, “getting under the skin of the earth,” engaging deeply with the elements, he taps into the memory of nature, evoking it by means of symbols. The Hebrew/Greek word ‘archetype’ understood as the original pattern is also linguistically related to “mark of a seal,” while the adjective “archetypos” can be translated as “stamped first.” In a way, Goldsworthy “stamps” the earth with his archetypal creations, and by so doing he makes us see the symbolism that nature hides in plain sight. In one of his works, he even imprints the earth with his own body.

In 2001 Thomas Riedelsheimer made the first documentary about Goldsworthy entitled “Rivers and Tides.” You can see it here:

Goldsworthy is not a man of many words. He would much rather dialogue with us through his art. But what he says is quite powerful. Far from being just decorative, his art invites us to look deeper at nature, which he does not see as just pastoral or pretty. As he is making his ephemeral stone creations on the beach, which within minutes will be flooded by the tide, he states, “My art is trying to understand the stone.” He goes on to say that he offers his work to the sea as a gift. The sea will transform it beyond what he can imagine. He has a deep awareness of roots, what is hidden, the life processes working in darkness. He enjoys taking his work to the very edge of collapse. What accompanies him is a constant amazement that he is actually alive. The black holes he adds to the landscape are particularly striking; they are reminiscent of absence, void, death, but also of the space where life germinates. 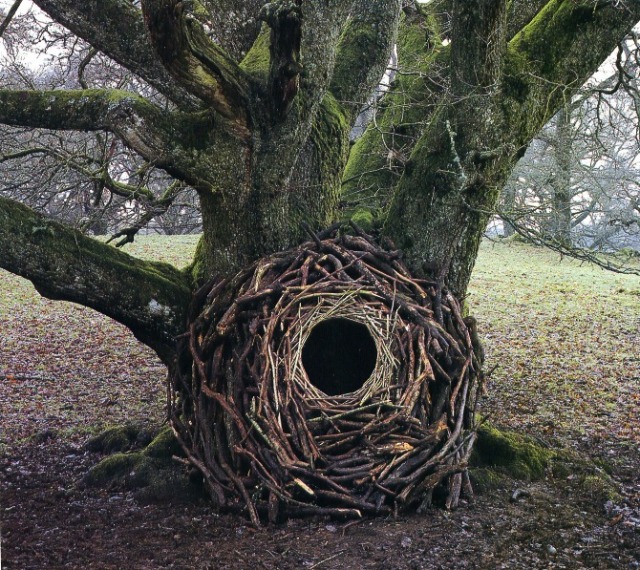 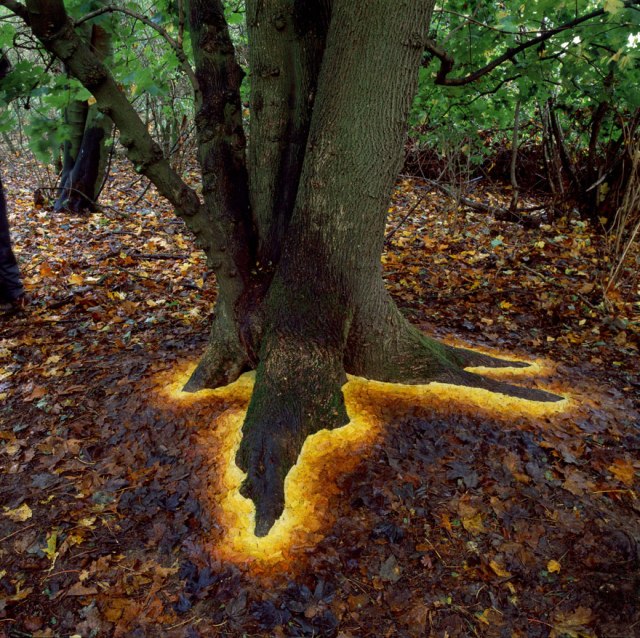 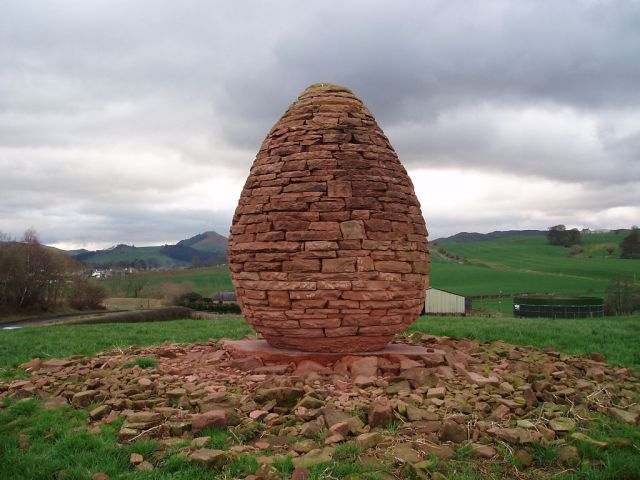