A Visit to the House of C.G. Jung

We are in the grip of another heatwave here in Switzerland, “the relentless beating heat” described famously in The Great Gatsby, while the Sun has just entered the sign of Leo. We are also on the eve of C.G. Jung’s birthday. I had an amazing opportunity today to visit the house in Küsnacht, Zurich, where Jung lived with his wife Emma and their five children. The house has now been partly turned into a museum. I highly recommend you book a visit if you are ever in the area. The tours are given to small groups (we were ten) and the guide was the Jung family member. The feeling the visitor gets while walking around the hall, the dining room, the library, the veranda and Jung’s study, where he saw patients, is very intimate. It is not allowed to take any photos of the interiors, but the ban does not pertain to the garden surrounding the property, where the visitors are welcome to spend as much time as they want. I was very happy that photos were not allowed because we were able to sink into the experience without the usual distraction of clicking cameras or people posing for photos.

The part of the house which is open to the public looks almost exactly as it used to in Jung’s time. The other part of the house is still occupied by Jung’s family members and it is not open to visitors. We were a small international group, who seemed to be deeply interested in Jung’s work, judging by the questions that were asked. This was not a usual museum visit, but something much more touching and memorable. 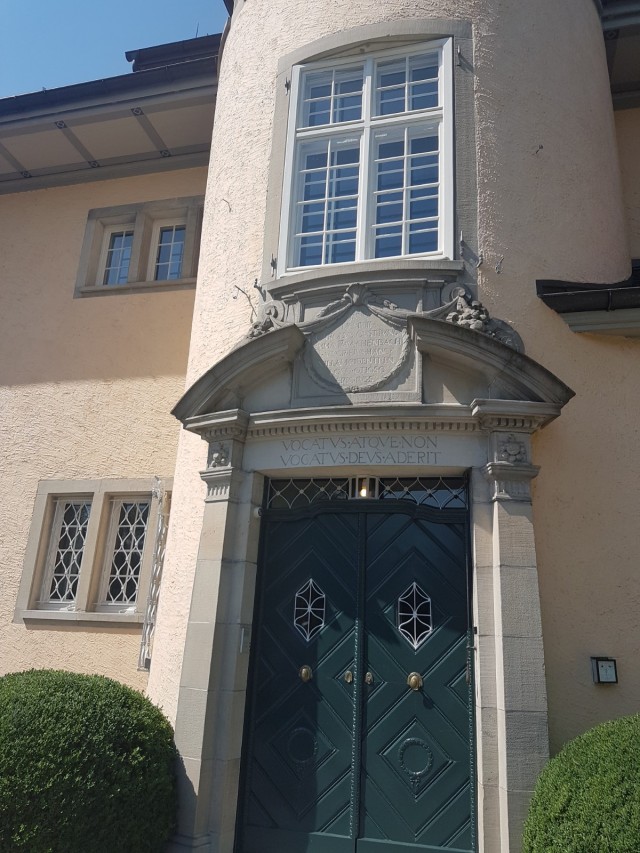 Upon entering the house through the famous door with the iconic inscription in stone “vocatus atque non vocatus deus aderit” (called or not called, God will be present), we saw two portraits of Carl and Emma taken in the year of their engagement. He was 27, she 20. Importantly, Emma was not only the mother of his children but she was also his intellectual partner in every way. She wanted to go to university but her father, a wealthy industrialist, forbade it. She compensated for that in later years, when she hired private tutors to learn ancient languages, politics and philosophy. She also saw her own patients and published books. 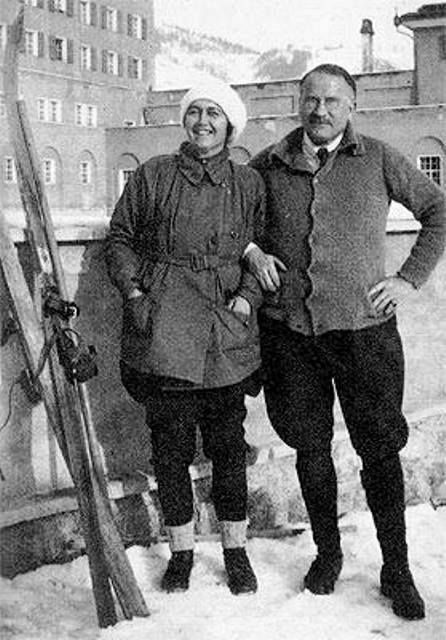 We then proceeded to the salon or the living room full of family photos and featuring an extraordinary decorative green tile stove. Emma fashioned it for Jung while he was away in the army. It was adorned with symbols, notably a magnificent Zodiac and a striking figure of a pelican on top of it. The Pelican was also the name of the boat that Jung used extensively, being an avid sailor. The pelican was also one of the most important symbol in Jung’s life. The legend says that the mother pelican would wound herself by striking her breast with the beak in order to feed her starving children with her own blood. I was struck by a large number of goddess images in the household, especially the virgin with child. Other beautiful ornaments included souvenirs from his journeys, such as African masks, skulls, figures of Buddha, and many others religious artifacts.

The dining room made quite an impression by its sheer size and the wonderful view of Lake Zurich. We were told that Jung enjoyed spending evenings there sitting on the sofa in the corner, smoking his pipe and reading Agatha Christie novels. We proceeded to the magnificent winter garden, which was adorned by the statue of Homer immediately visible upon entering. 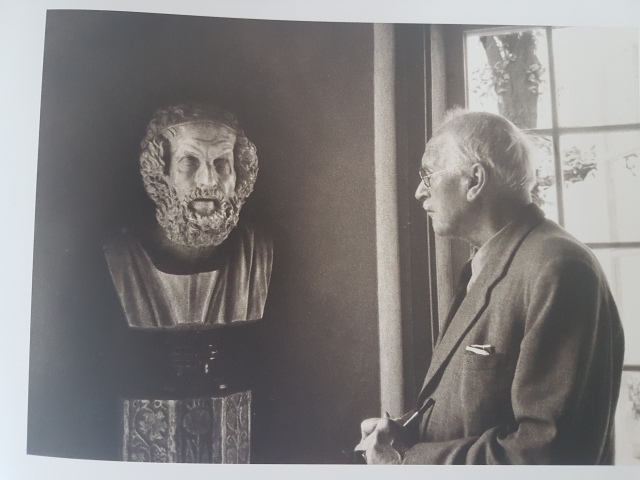 The highlight of the visit was of course the library with a magnificent collection of alchemical books that have been digitalized recently (https://www.e-rara.ch/alch/nav/classification/1133851) and Jung’s study, which is a small dark room, where he also saw his patients. On the staircase leading to the library our attention was caught by a drawing, which was included in The Red Book. It shows a fortified tower on the shore of a sea, a medieval town and a large ship on the horizon. This image goes back to Jung’s childhood in Rheinfall, when he had a vision described in Memories, Dreams, Reflections. While walking to school along the river Rhein, he saw a large ship, which was a very unusual sight on the river. His imagination ran wild and he suddenly found himself in a medieval town:

“On the rock stood a well-fortified castle with a tall keep, a watchtower. This was my house. … There was an uncommonly attractive library where you could find everything worth knowing. … the … raison d’être of this whole arrangement was the secret of the keep, which I alone knew. … Here I had an equally inconceivable apparatus, a kind of laboratory in which I made gold.”

Jung’s vision was to make his family home look like an ancient building but the architect and his wife did not share this desire, so he had to come to terms with building a contemporary looking house. But when he decided to erect his tower in Bollingen he was the only one who made all the decisions about its design.

The study where Jung created The Red Book is a very small, dark room, which does indeed bring to mind an alchemical lab. Colourful delicate light filters through stained glass windows. There is a faint but notable smell of tobacco. This was a place where no distractions were tolerated and the only room in that side of the house with no view of the lake so that the attention can be kept on the work. The guide told us that Jung allowed only two reasons to be disturbed there: war or fire. 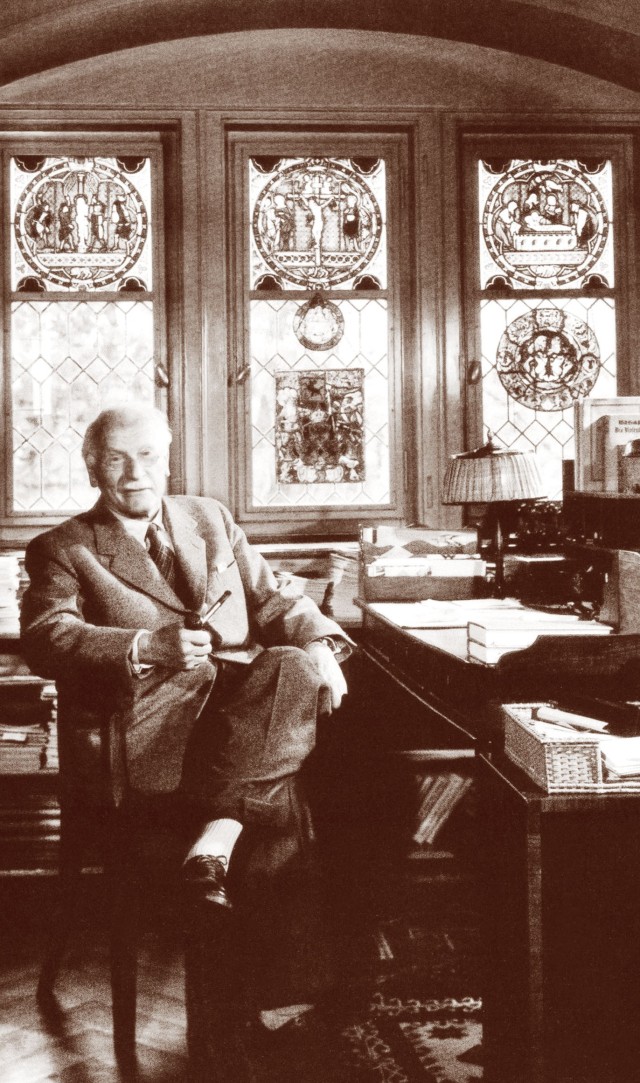 Jung in his study

The house was not only the place of deep concentration but it also pulsated with life. We saw numerous children’s toys, board games, and we were told the whole family frequently went camping together, which was not a usual practice of the Swiss at the time. Food was extremely important; we were told that the family employed a cook. It was also quite interesting for me to find out that Jung and his wife made a deal of their lifetime by purchasing the land adjacent to the lake. Right now these sites are worth tens of millions of francs, while in Jung’s time the rich preferred to build their houses on the hills because the areas next to the lake were teeming with mosquitoes.

You can find a few photos here and also here: https://www.cgjunghaus.ch/en/cg-and-emma-jung-rauschenbach/gallery/ . I am also including some of the ones that I took below. 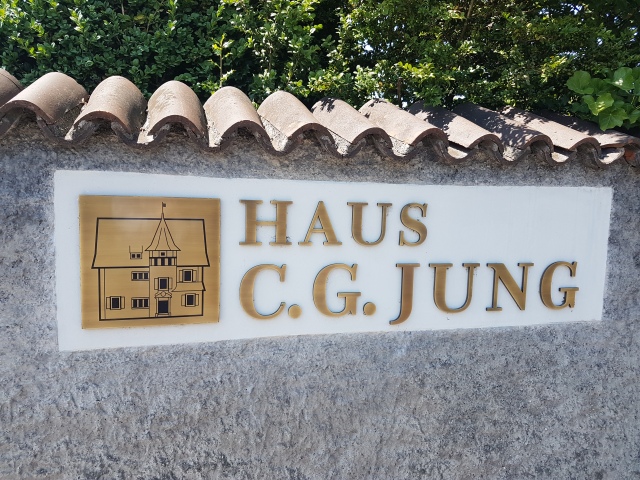 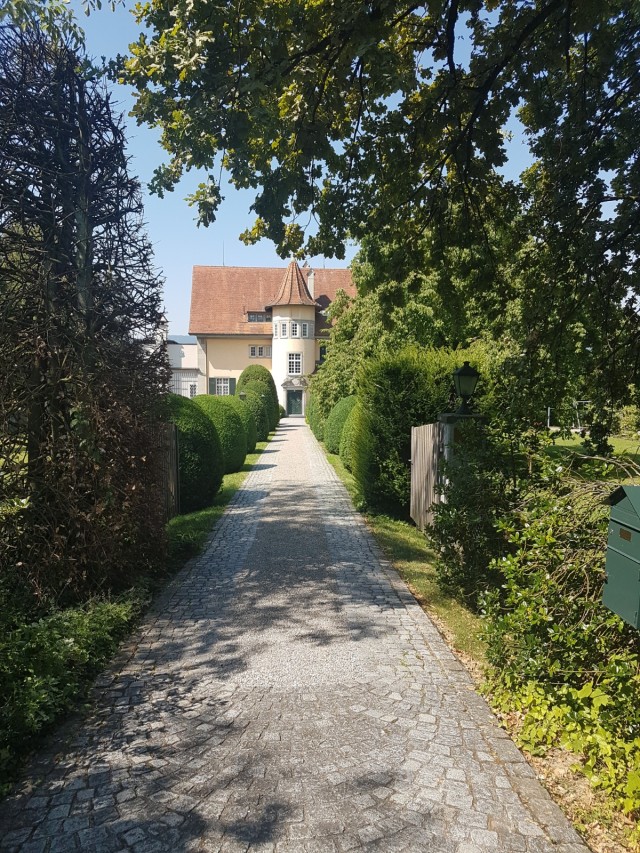 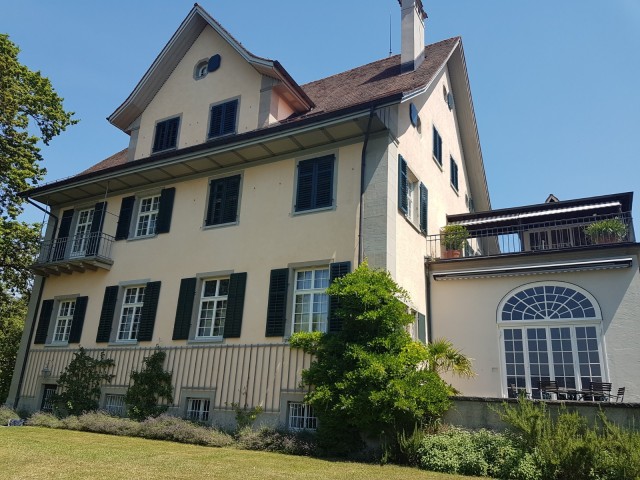 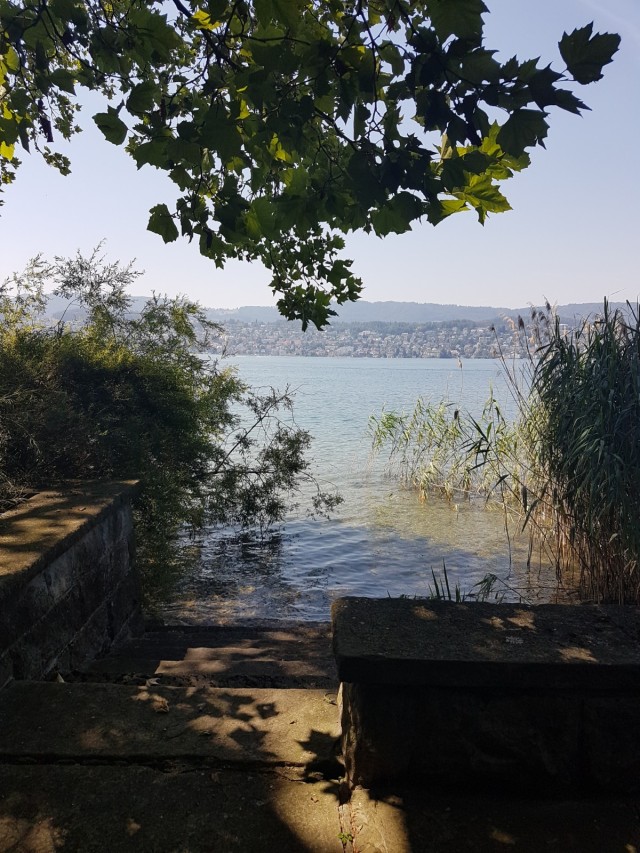 23 Responses to A Visit to the House of C.G. Jung