We all feel the portentousness of the current moment in history. I was struck recently by a short passage from The Guardian article, which said:

“… whenever crisis visits a given community, the fundamental reality of that community is laid bare. Who has more and who has less. Where the power lies. What people treasure and what they fear.”

The root, original meanings of the word “crisis” was a decisive moment in the progress of a disease, when the patient would either start recovering or die. We cannot tell if our world will find a road to recovery. But perhaps we can gain wisdom by looking back through history. With that purpose in mind, I recently made my way through a 550-page-long book Epidemics and Society: From the Black Death to the Present by Frank M. Snowden, published in October 2019. The author was recently interviewed by The New Yorker.  In that interview he said:

“…we need as human beings to realize that we’re all in this together, that what affects one person anywhere affects everyone everywhere, that we are therefore inevitably part of a species, and we need to think in that way rather than about divisions of race and ethnicity, economic status, and all the rest of it.

We have to think that we have to work together as a human species to be organized to care for one another, to realize that the health of the most vulnerable people among us is a determining factor for the health of all of us…”

According to Snowden, throughout history epidemics have touched and transformed all areas of human activity in a profound way. He describes them as the mirror, which shows human beings who they really are.

Starting with the fourteenth-century Plague, the dread that it provoked was connected with its extraordinary virulence, its swift progress through the body and the fact that it did not discriminate attacking the rich, the poor, the young and the old alike. Scapegoating and witch-hunting were inevitable results of the terror and deep psychological trauma (“mute despair,” as Snowden puts it) that the whole population felt. Apparently, the reason why cathedrals were dedicated to Virgin Mary in the Middle Ages was that she was viewed as the only redeeming power in the time of the Black Death. Her cult was especially important in Venice, where the Plague resulted in death of one third of the population. The Venetian Doge vowed to build a great church in St Mary’s honour and organize an annual procession in perpetuity. When the Plague receded, the iconic basilica of Santa Maria della Salute (Saint Mary of Health) was built at the entrance to the Grand Canal. 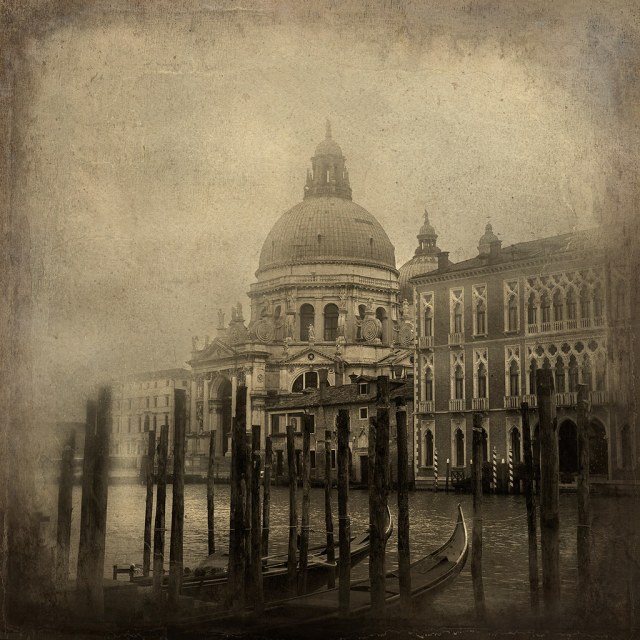 I was quite struck by the fact that Italy was the first country to be ravaged by the pandemic because of its geographical location at the centre of the trade routes. The second wave of the Plague arrived from Asia aboard the ships headed to Genoa. The fact that Italy was the first European country to be so dramatically hit by COVID-19 seems to be a peculiar case of “traumatic replay.”

Before the Black Death arrived in Europe, the situation was hard, especially for the growing number of the desperately poor. The housing situation in cities, which were developing rapidly at the time, was dramatic. In the country, crop failures resulted in famine. But, as Snowden explains,

“The number-one priority for the upper classes and the central power was to keep up their luxury consumption and life style while little resources were invested back into the agricultural system. When they experienced declining incomes due to poor yields their immediate reaction was to compensate by further raising taxes and rents. This counterproductive reaction is partly to blame for the stagnating economy and the non-sustainable agriculture. For the above-mentioned reasons people were on the edge of starvation.”

Snowden posits that epidemic diseases are not random and that each of them has a sort of personality, which makes it uniquely suitable to the circumstances, where it occurs since “every society produces its own vulnerabilities.” He devotes long passages to the description of gruesome symptoms that the victims of each pandemic suffered, the Black Death and cholera being the most frightful, and coincidentally both being bacterial infections rather than viral.

Another name for the Plague, aside from the Black Death, was bubonic plague. A “bubo” was a large swelling of a lymph note that formed a hard mass under the skin. Buboes formed at a place where an infectious flea bite occurred and were a source of unbearable pain. Snowden continues:

“Having gained access to the blood, the bacteria release a powerful toxin that is normally the cause of death. It attacks tissues, causing blood vessels to hemorrhage, giving rise to purple, subcutaneous spots—the so-called tokens of plague. They earned this name because many people thought them to be signs, or ‘tokens,’ of God’s anger. Sometimes there is also gangrene of the extremities. This necrosis of the nose, fingers, and toes is one probable source of the terms ‘Black Death’ and ‘Black Plague.'”

Pieter Bruegel the Elder, “The Triumph of Death”

In those times the main measure of prevention was the so-called “quarantine,” which originated in the Venetian language and denoted the forty-day (quaranta) period when ships had to be isolated before the crew and passengers were allowed to disembark. As Snowden explains, the number was derived from the Bible:

While the Plague was a bacterial disease, a large number of extremely deadly diseases, for example smallpox, measles, AIDS or rabies, are viral. Snowden defines viruses as “some of the elements of life stripped to the most basic,” which again made me wonder how adequately it also describes the current situation, when life is stripped to essentials. In the case of a viral infection, the body is attacked from within. The book finishes with an account of the first SARS (severe acute respiratory syndrome) coronavirus outbreak, which occurred between 2002 and 2004. Altogether it resulted in over 8000 cases worldwide and 774 deaths, spreading “easily and silently by air travel,” says Snowden, who wrote prophetically:

“SARS brought one of the finest publicly-funded health systems in the world to its knees in a matter of weeks. It has unnerved me to contemplate what the disease might do to a community without our resources and technologies.”

In the final pages of the book, he delivers a stark warning to the world utterly unprepared for the next pandemic. This is the world in which public health is a commodity and not a basic human right. He reiterates the point of epidemic diseases not being random:

“Epidemic diseases are not random events. As we have seen throughout this book, they spread along fault lines marked by environmental degradation, overpopulation, and poverty.”

I can subscribe to the thoughts expressed in the final paragraph of his book:

“If we wish to avoid catastrophic epidemics, it will therefore be imperative to make economic decisions that give due consideration to the public health vulnerabilities that result and to hold the people who make those decisions accountable for the foreseeable health consequences that follow. In the ancient but pertinent wisdom, salus populi suprema lex esto—public health must be the highest law—and it must override the laws of the marketplace.”

Jan Toorop, “The New Generation” (see the description of the painting here https://artsandculture.google.com/asset/the-new-generation/9wEoqweJejxQ-Q?hl=en)

13 Responses to “Epidemics and Society” by Frank M. Snowden