Out of Water All Life Comes

There are currently as many as eight planets in Water signs. Creativity, imagination and artistic expressions are falling on very fertile ground right now. Inspired by this blog: http://earthstonestation.wordpress.com/ I decided to write about water myself.

The title of the post comes from the Koran, but symbolically water is equated with fons et origo (Latin for source and origin) in all major religious and spiritual traditions. If you agree that all myths are nothing but the psyche’s depiction of itself and its own processes, then the same and very fundamental truth lies in all the water myths of the world. My beloved mythologies are Sumerian and Babylonian. In the Babylonian mythology, Tiamat, the primordial goddess of chaos and the ocean, mates with Abzu, the god of fresh water. A new generation of younger gods are born out of this union. Out of Tiamat’s body the vault of heaven and earth are created, but not in a peaceful way. Marduk, one of the angry young gods, fights with Tiamat, who appears in the form of a water dragon. First he tries to immobilize her with his net, then he drives e severe winds into her mouth after she has tried to swallow him and finally he shoot an arrow through her heart and proceeds to split her body, thus creating the sky and the earth. 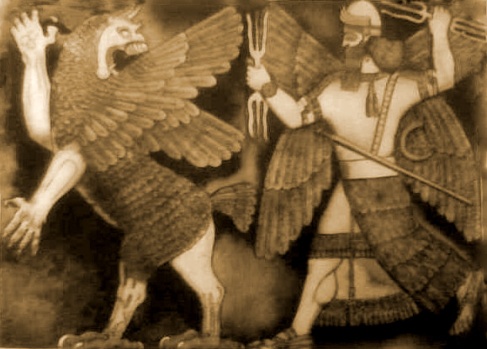 The meaning of this myth is multifaceted and can be translated into Jungian psychological terms. Marduk, the solar hero, symbolizes human consciousness which has to differentiate itself from the collective unconscious, symbolized by the primordial ocean. Individuation is not a peaceful process because the hero has to defy the inertia of collective forces, symbolized by the water dragon. The new world is created with a fair amount of violence and pain.  The process is similar to being born, as described by Stanislav Grof in his concept of birth matrices. During pregnancy the baby feels blissful unity with the mother, floating in the amniotic fluid. In the first stage of delivery the mother experiences contractions, and thus the whole world of the baby starts shaking causing fear and anxiety. It is similar to the experience of being swallowed by a giant monster or sucked into a whirlpool. The blissful paradise is lost, but there is no way out yet, which precipitates the feeling of being stuck or imprisoned. In the next stage the child can go through the dilation and thus the real battle starts, ultimately leading to the baby’s separation from the mother. From the point of view of the baby, the death-rebirth experience has just taken place. As Lao Tzu said, “New beginnings are often disguised as painful endings.” 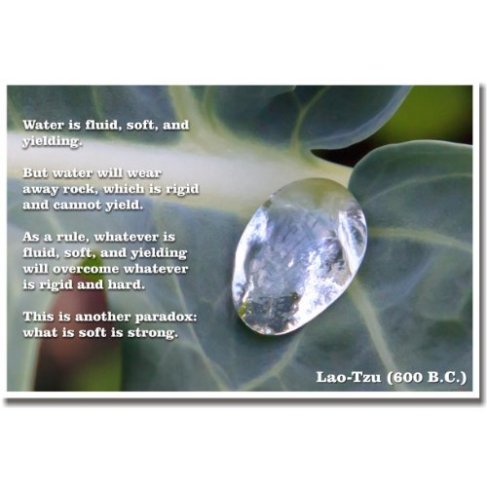 Let’s celebrate the element water this month. Last year I visited the Rhine Falls, which is the largest plain waterfall in Europe. It was after much precipitation and the amount of water was enormous. Looking at these restless, thundering masses of water I thought of astrological symbolism and the three water signs. At the top the river flows very slowly approaching the fall. It is gentle, peaceful, inviting you to go in and paddle. This is the gentle water of Cancer, suitable for mothers with babies. As the water approaches the fall, it gathers speed and gets more and more noisy. The thundery chaos and destruction that follow are Scorpionic in their expression (this sign is ruled by Pluto, the god of radical transformation). The roaring water releases vapour, which reflects light beautifully. That’s a Piscean image, the realm of dreams and imagination. 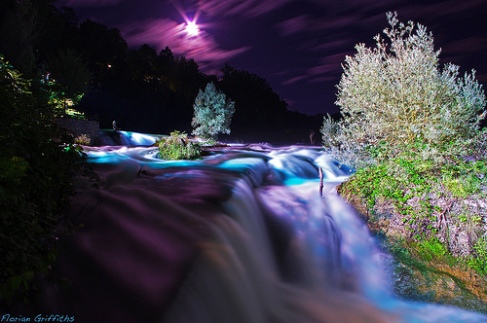 I always regarded water as a remarkable element but when I read about Masaru Emoto’s experiments, I was even more amazed. The experimenters came to the conclusion that water was reacting to positive and negative words. What is more, human consciousness has an effect on the molecular structure of water. The water takes on the resonance of the energy that is directed at it. 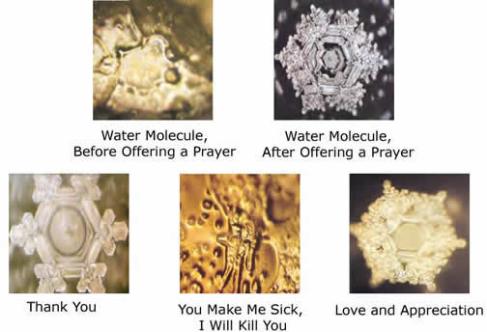 Now is a good time to perform various kinds of water rituals, Neptunian visualizations and meditations, or simply go to a spa because the healing properties of water are particularly strong. Let’s experience rebirth and regeneration through water and get ready for the coming of spring. On 20 March the Sun will enter Aries, the first Fire Sign. The fiery Marduk will replace Tiamat, the Piscean water goddess. Until that moment we can bathe in her primordial waters peacefully, taking a rest and experiencing oneness with this amazing element. 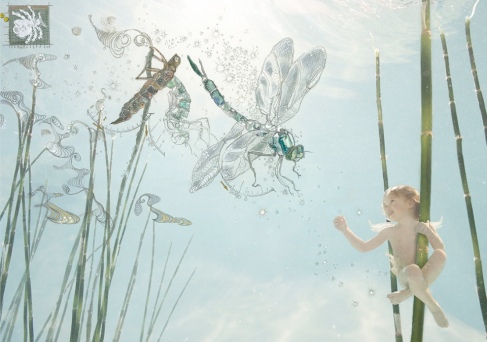 8 Responses to Out of Water All Life Comes