The Feminine and the Masculine Revisited

I have always believed that the concepts of anima and animus need to be updated for our times. According to Jung, the anima is the image of the woman in a man’s psyche, while the animus is the image of a man in the psyche of a woman. If the consciousness is feminine, thought Jung, then the unconscious will be masculine, and vice versa. The Jungian archetype of the Self, written with a capital S, spells out a pattern of development, in which the ego must be confronted with the contents of the unconscious in the name of wholeness. Excessive adherence to one side of any polarity will inevitably result in an enantiodromia, i.e. a process in which it will start turning into its opposite.

I have come across a very inspiring theory recently, which aims at adjusting Jung’s somewhat old-fashioned views of gender to our modern sensibilities. In his book Masculine and Feminine: The Natural Flow of Opposites in the Psyche, Gareth S. Hill emphasizes that the masculine and feminine patterns transcend gender. He differentiates between four patterns that define all human activity: the static feminine, the dynamic masculine, the static masculine, and the dynamic feminine. A mature ego is able “to flow freely through the four modalities of consciousness that are based on those four fundamental patterns…,” he proclaims.

By the static feminine he understands “the impersonal, rhythmic cycle of nature, which gives all life and takes all life.” This orientation, being fatefully indifferent towards the individual, aims solely at “perpetuation of the species.” On a positive side, the static feminine will love us as we are, unconditionally, provided that we do not try to break away from the group. The negative expression of static feminine is, according to Hill, “smothering entanglement, an inertia of ensnaring and devouring routine.”

Th polar opposite of the static feminine is the dynamic masculine. In the ego’s development, it is activated when a child is trying to separate from the mother. Initiative, orientation toward a goal, progress, linearity are some possible expressions of this pattern. When distorted it brings about destruction of nature, rape, domination and violence.

In order to get away from this polarity, the ego seeks what Hill refers to as “fiery initiation,” which is connected to the third pattern, i.e. that of the static masculine. The static masculine is a tendency to create systems, order, hierarchies, laws and the government. When distorted, it results in tyranny, lifelessness, lack of spontaneity and rigidity. In order to solve the conflict between the static feminine and the dynamic masculine, the individual, “through a certain expenditure of effort, and performance to a certain standard, … qualifies for a particular status in society.” This is what Hill understands as the fiery initiation.

The compensatory pattern to the static masculine is the dynamic feminine, which Hill poetically compares to “the undirected chaos of the forest floor.” This pattern equates with openness to the unexpected, responsiveness, participation and the expansion of consciousness. In a negative sense, it may lead to addiction, suicide, chaos, despair and death. The image below illustrates the four basic patterns:

In order to overcome the polarity of the static masculine and the dynamic feminine, the ego seeks a watery initiation, which Hill understands as “the dark night of the soul,” which ultimately leads to a deeper and wider sense of the self. The rigid ego of the static masculine relinquishes control when confronted with the wild, dynamic feminine; and ultimately reconnects with the static feminine or the mysterious ground of being. The image below illustrates the flow of initiations according to Hill:

I believe that our civilization has reached the apex of the static masculine development. We are standing at the threshold to the watery initiation. The dynamic feminine has awakened both in its positive and negative expression. The more identified the societies remain with the static masculine order, in which fitting into the system is everything, the more eruptions will we see from the unconscious. We may expect more symptoms such as the social unrest and destruction, until the cosmic balance is restored. Hopefully, at the very end of a long and painful process, we will reach the static feminine – the Great Mother who will take us in her loving arms. 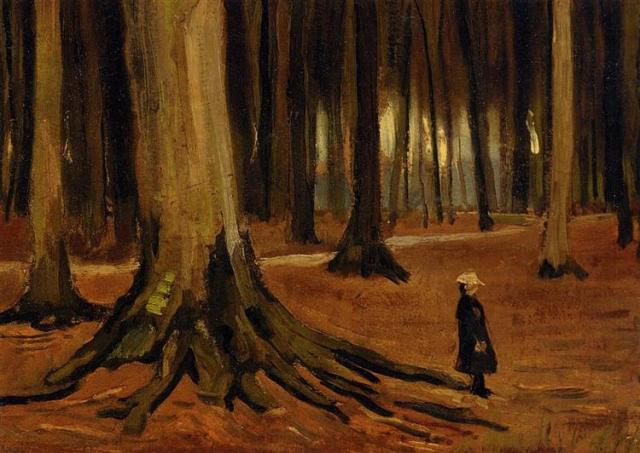 17 Responses to The Feminine and the Masculine Revisited