The Secrets of the Odyssey (1) 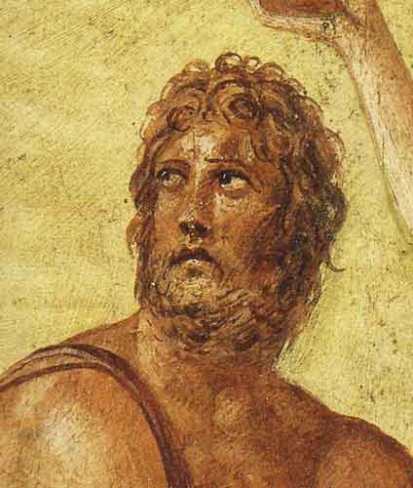 Homer’s Odyssey has always held an extreme fascination with me. All the characters and what happens to them have been coming back to me recently, perhaps in connection with Mercury retrograde with Neptune. The non-linear journey full of fantastical encounters seems to correlate well with these archetypes. There is such richness of themes in The Odyssey and so many layers; I am starting this series with little hope I will actually be able to exhaust this vast subject. But sing, o Muse, as Homer would put it. I will not be retelling the story in as much detail as I did in the series on Eros and Psyche, but I will be referring extensively to a book by Florence and Kenneth Wood Homer’s Secret Odyssey. 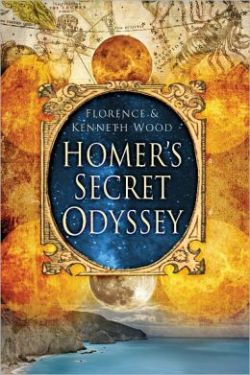 The blurb of the book says:

“Research now reveals that at a time when the Greeks did not have a written script, Homer concealed an astonishing range of learning about calendar making and cycles of the sun, moon and planet Venus in the Odyssey, his epic of the Fall of Troy and the adventures of the warrior-king Odysseus. With original research and content, this book is written to appeal to both popular and scholastic audiences, rolling back the history of Greek astronomy by three centuries.”

There is “a wealth of secret learning encrypted” in Homer’s epic, the authors claim:

“… the danger-filled adventures are played out not only on earth but also in parallel scenarios that conjure beautiful metaphorical images of stars, constellations and the Milky Way, set against the background of the wine-dark seas of the night skies.” 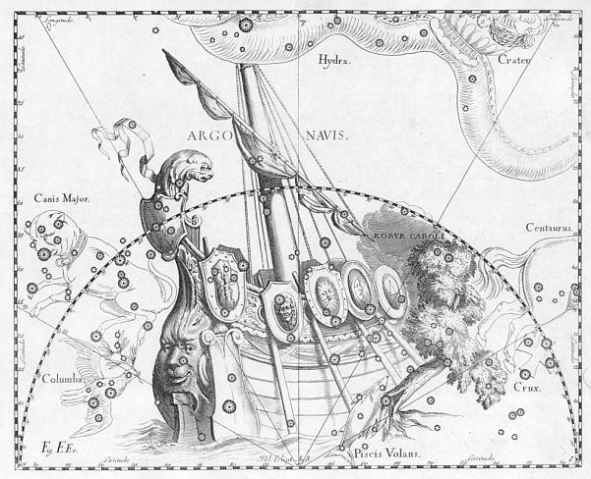 about the image: “Canopus is the second brightest star in the sky (only Sirius is of greater magnitude) and the second most important navigational star (after Polaris, the “north star”). Canopus was also the name of a town in the Nile delta in ancient Egypt and said to be the name of Odysseus’ (Ulysses) navigator (‘kybernos’ in Greek, the word from which ‘cybernetics’ and many other modern words related to information technology are derived) on the Argo.” (via: http://canopusresearch.com/about-canopus-research/)

Apart from its extraordinary literary value, the story of Odysseus was conceived to preserve the important ancient knowledge of the society that was pre-literate. Scholars believe that it was originally composed in oral tradition and written down much, much later. The truth is that it does sound beautiful when read aloud. Odysseus was renowned for his brilliant intelligence and cunning nature. Homer called him “ingenious” right in the first line of The Odyssey. The Trojan Horse ploy was after all his idea. Choosing a man with a brilliant mind as a hero is ideal for the task of preserving the wealth of ancient knowledge:

“To achieve his aims Homer created for Odysseus an alter ego as a personification of the moon. So closely is Odysseus’ iconic role linked to the calendar that the tempo of his adventures is governed by the rhythm of the monthly lunar cycle, from one new crescent moon to the next. … A range of literary devices are employed to conceal knowledge: Odysseus’ adventures contain the main body of learning but prominent characters, such as his wife Penelope, son Telemachus, the beautiful Helen of Troy, the pig-keeper Eumaeus and even his faithful hound Argus, are linked to the calculation of time.”

Do you see the emerging pattern? Odysseus, the master of trickery and disguise, is himself used to smuggle in important knowledge. How ingenious on the part of Homer:

“Homer records such precise information about the lunar year, the solar year, luni-solar cycles and other calendrical matters that the astronomers of the eighth century BC have to be acknowledged as being far more advanced than has previously been recognized.”

I am reminded of Thoth, the ancient Egyptian god of the Moon presiding over knowledge and wisdom, who was also “scribe, doctor, scientist, magician, mathematician, astronomer, archivist, maker of calendars, inventor of wind and stringed musical instruments, patron of literature, grand vizier of Osiris,” as Raven Kaldera wittily puts it in his book Myth Astrology. 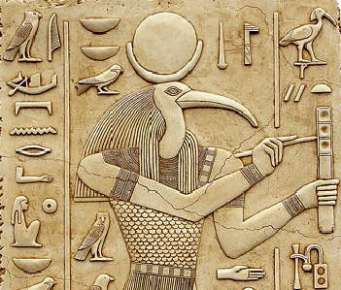 The Odyssey with its protagonist is linked to Thoth in the sense that it combines the symbolism of the Moon and Mercury in order to impart knowledge and wisdom through metaphor, poetry, myth and stories. This has always been the most effective way of learning for me.

26 Responses to The Secrets of the Odyssey (1)